Posted by Jason Hare on June 03, 2017
SoundCity's 10th anniversary meant a change of location across to Clarence Dock which is now continuing to write it's history books with both modern and old stories. The Dock provided the space for this festival to now grow into the flagship event it has quickly become for the city and everybody at this location is enthusiastic about this continuing for some time. Some corking work by the festival meant probably one of the better line-ups at a city festival that I've seen for a while. Pretty gutted I couldn't make the whole weekend for this because the Saturday lineup looked like it was rammed with bands IAI loves dearly, but the Sunday also was. Here's who I saw and what I thought:

The Jackobins - when a band streamlines their act and delivers a performance better than you've seen them in a long time, it's something special. The now 4 piece from Merseyside certainly wanted their home festival appearance to be a belter and their set list proved it. Nailing banger after banger including new single Nightfire (Radio X track of the day last week) meant that the crowd certainly vibed off the cracking indie/rock feeling provided by the guys. Personally, I have affection for a fair few of their tunes and I was over the moon that the tent got pretty full for them. Hard workers, nice guys... big hitting tunes! What more could I want after just managing to arrive 3 minutes before their set! 6 hours travelling justified within the first 15 minutes? 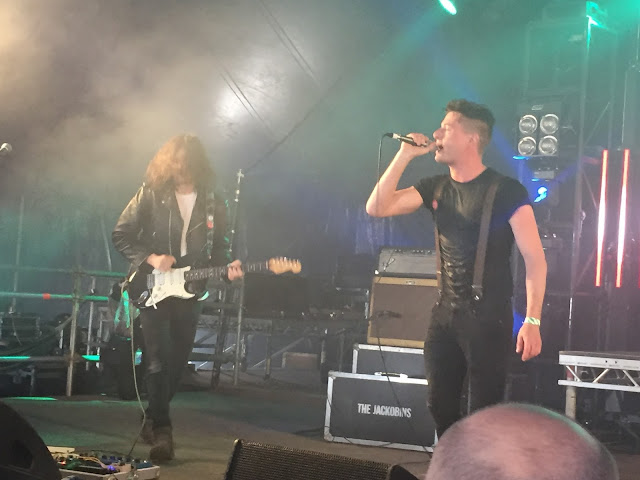 The Shimmer Band - having had 'Jacknife and the Death Call' on repeat for a lot of the winter months, I was excited to see these guys in a summer setting instead. I wasn't disappointed. The guys sound just as huge as the lead singers' sunglasses were but when they play 'Sunkick' at a volume that would physically hurt people down the front, maybe he just didn't want to witness people's faces melting. A lot of love on the music scene for The Shimmer Band and no doubt they'll be playing somewhere near you in the summer, go check them out. Some proper shoddy photography by myself, apologies. 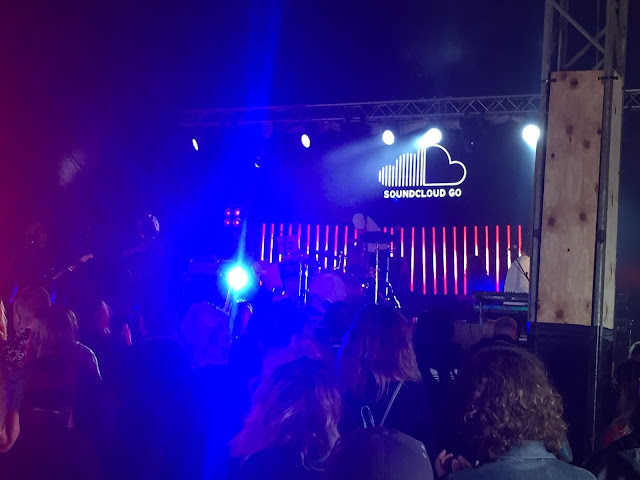 The Amazons - what can I say that won't have already been said about the Reading boys in recent months? Probably not a lot. The guy's debut album dropped a couple of days before SoundCity and it was obvious that the crowd were knowledgeable about pretty much all their tunes. The Amazons have that ability to make tunes that are infectious without being completely dumbed down to songwriting by numbers kind of level (something which my friends and I debate constantly). I had the pleasure of drunkenly bumping into Elliot, tried to plug IAI and @TheHareAndHoundSessions before then telling him how much it means to a fan that the band go for it on stage and then kissed him on the head! Sorry dude, I'm not weird I promise. Smashed it guys and the album is spot on so people... jump on board if you haven't already. 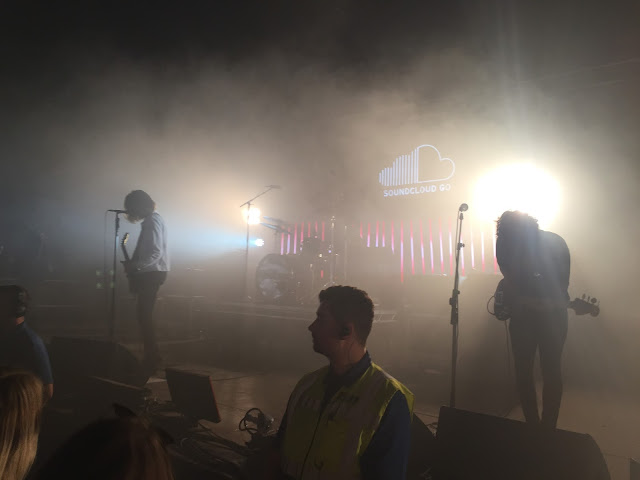 White Lies - I got a bit confused during the White Lies set. I feel like WL are from back in the day kind of? Like I loved them when I was a late teen but that was a few moons ago now. Although I know they've got some new stuff out I was expecting a crowd around my age or older, but was surprised to see that the majority of the crowd were young teens and they knew every word of both new and old tracks! I mean kudos mainly that they're not wasting their money on fidget spinners but also that they're super educated in a band that really deserve a bit more credit than they usually get. You could tell that the band were grateful for the crowd they received and definitely brought their A-game because of this. Still 'Bigger than us' gets the pins and needles going for me. 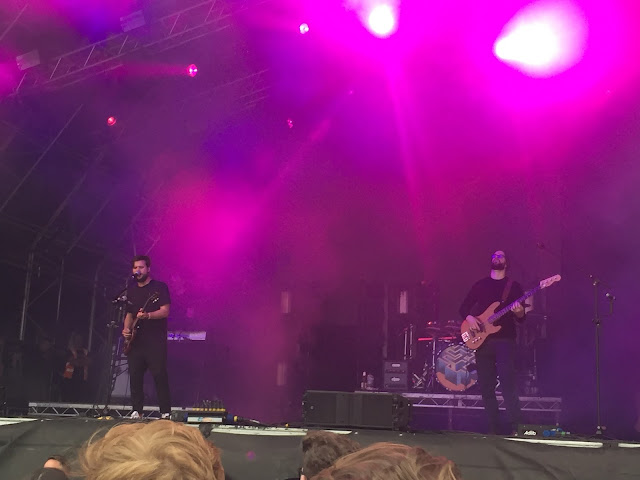 The Cribs - witnessing (yes the right use of the word) The Cribs was just brilliant at a time when the tent was asked to honour a minute's silence just before their entrance on to the stage, made the noise for their reception all the more impressive. From the first chord the crowd just... did something, anything, I can't really call it dancing, but it was more of an expressive "don't give a s**t" movement. "Men's Needs", "I'm A Realist" and "Come On, Be A No-One" were always going to hit big but amplified by The Cribs, don't care on stage, kind of performance whilst rolling around the floor and throwing equipment around. Just nailed it. 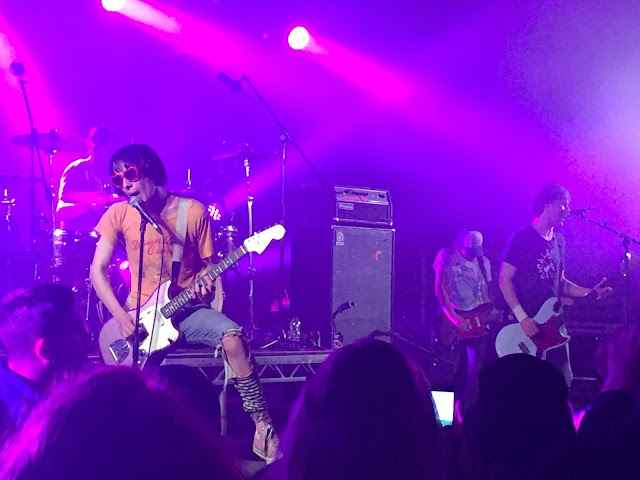 The Kooks - The best of... so far. I'm not sure I caught of any of their new tunes if they played any because I seemed to know pretty much all the words to The Kooks set. Or maybe that's the magic of The Kooks? Palatable indie pop that instantly makes you happy. The guys seemed to really enjoy being back on stage and doing what they clearly love. Having toured recently with support bands who are some of the happiest I've ever seen on stage (Clean Cut Kid, Fickle Friends) I'd hedge my bets that this may have rubbed off on them. Ending on 'Naive' gave not only their set but the festival overall the ending it deserved, with not a single person not belting out the words. Didn't get a picture because my phone died.