Posted by Alexa Wilde on July 10, 2017
Consistent with catchy and engaging songwriting with every release of theirs, Bare Traps most recent double single ‘All In You’ (which features second track 'Waiting Outside') shows no fallback in quality and sound. What the band brings to the current surge of upcoming indie-pop bands is a breath of fresh air and original flair.

Providing a slick partnership of funk-rock guitar and stylish drum work, Bare Traps captures their previous upbeat vigour from singles such as ‘Run Away’ and ‘Every Time’. Blending sun drenched, tropical pop and in the later half of 'All In You' with more audacious indie rock styles into their sound, their comical new video only compliments this. Sunny island vibes, drink in hand and thrilling indie-rock moments, clearly sums it up. 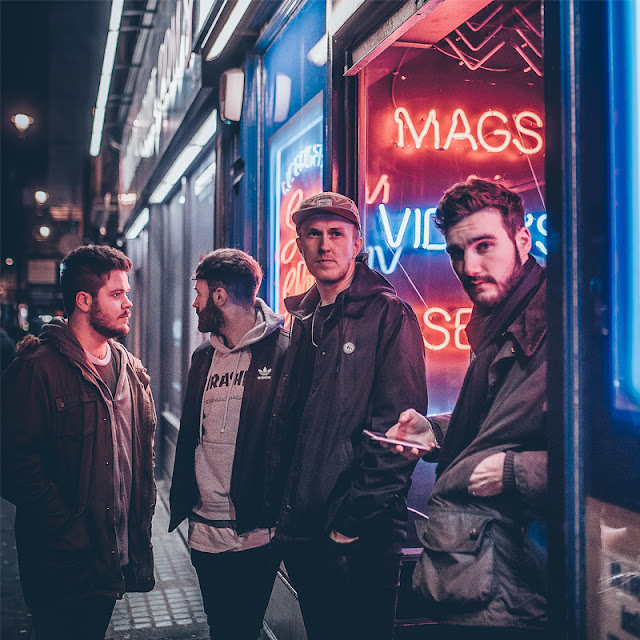 Bare Traps explain more on the concept behind the video “The video concept came from the futility of trying to shoot a summer video in British weather. We wanted to try and reflect the tropical vibes of the song, but hoping for tropics in London was a bit of a long shot. I mean, the song starts with the line, "In the summer rain...” we thought it'd be funny if we had a director that wanted to try and give the video a summer feel but do it really badly, so that's what happened. It was a fun video to make, so hopefully that shines through, 'cause the sun sure as hell wasn't shining when we filmed it!”

The first few months of this year saw the band support the release of ‘All In You’ with nationwide shows to then playing a set at The Great Escape Festival.

Make sure you catch Bare Traps at these upcoming dates below.