Posted by Jason Hare on August 03, 2017
The Howl & The Hum dropped into my world literally by accident when I caught them the other week over in Leeds. After that initial impact, I have felt this urge to see them live again. This feeling occurs very rarely in me. A desire I can only imagine somebody with a serious addiction goes through every day. I mean don't misunderstand me, a lot of bands and gigs I go to, I do come away from thinking, "They were cracking, I'd see them again", but this band gave me a "Holy crap, I NEED to witness that again asap" kind of thought.

So for the millions of songs I've heard in my life and the hundreds of bands I've probably seen live, why do TH&TH stand among arguably the top five bands to ever give me that feeling previously described? I suppose the best answer I can give is that they completely immersed me in their music. Like not a single other thing happening in my world mattered right now because they were playing. 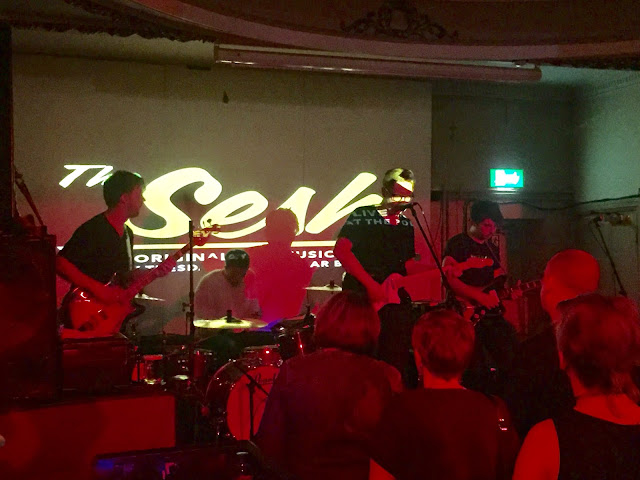 ...And that's the dream, right? Any kind of media is meant to be a form of escapism in one form or another. I think that the guys just get it, give it their all to the music and I personally love that in a band.

The power that not only Sam (lead singer) but the rest of the guys possess to hold your attention is what will set this band apart from the rest. My next big tip... 100%.

Tunes include 'Manea', 'The only other living thing in the desert' and of course 'Godmanchester Chinese Bridge'. Treat yourself later on, set apart 10 minutes of your day, maybe run a bath and set some candles (guys you know you do it too), find these tunes on whatever social you like and turn your phone on silent. Fall completely into these songs and leave them on loop. Hopefully, you'll totally agree with me on this that they are special so very early on in their career.


Next time you can see them will be this Saturday, Humber Street Sesh in Hull. £10 day ticket for over 200+ bands across 14 stages. I'm already tipping TH&TH to be a highlight for many.

Thanks for reading as usual,