Posted by Fred Bambridge on September 25, 2017
Haim have debuted a 14 minute short film directed by Paul Thomas Anderson on 35mm film, the short is named after Valentine Recording Studios in Los Angeles where Haim made the album, following in the footsteps of artists like The Beach Boys, Frank Zappa and Quincy Jones, to name a few.

The film comes out two and half months since their second album "Something To Tell You". Watch the band perform "Right Now", "Something to Tell You" and "Nothing's Wrong" below. 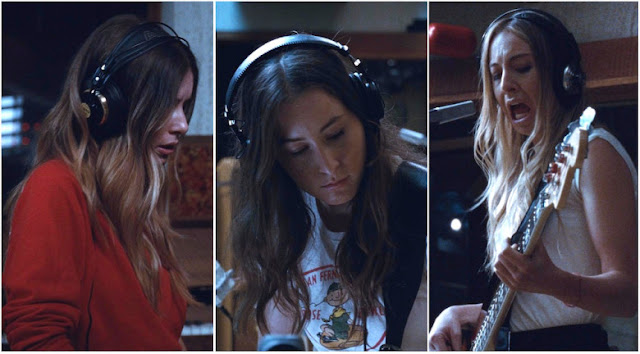