Posted by Elliott Griffiths on September 08, 2017
Pana Waves have stumbled onto the perfect antidote to the post-summer blues sweeping the nation with their newest double release. The band had gone quiet for a while, leaving us with the Skins EP, but are back with a bang.

As morning dewdrops on the grass become morning raindrops on your windswept hair, Post 60s Fade Away will whisk you away to the halcyon days of... erm, two months ago. A delightful Circa Waves-esque guitar melody and Cai Mahon's warm vocals make Post 60s Fade Away an audio pint in the sun; no matter how bleak it is in your eyes, between your ears it's summer. You'll find the hook squirming it's way out of your smiling lips without even realising, days later, no matter what you do. It's infectiously euphoric, and a quality addition to any summer Spotify playlist you're not quite ready to give up on. 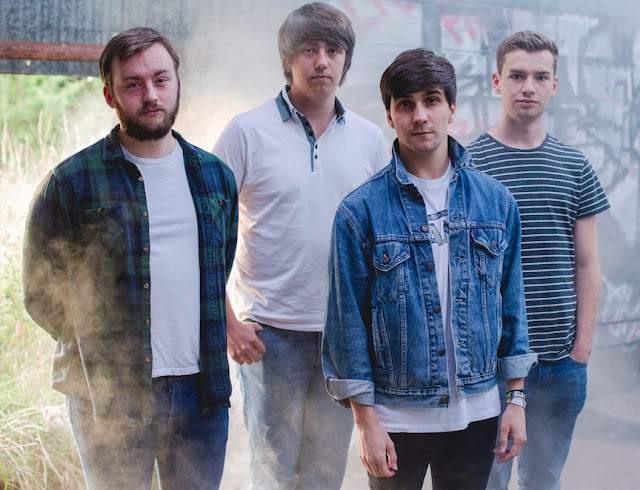 Heard Recently is not quite the ying to Post 60s yang; more the Waluigi to it's Luigi -the slightly darker sibling, but lovable in its own way. In fact, despite being the B-side, Heard Recently might be the better tune. It zips along at breakneck speed, but retaining the warmth and intricate guitar tunes that lit up the first track. In fact, in keeping with the Circa Waves comparison, it's more like their second album - a more mature sound, but staying with what made them so beloved. It keeps the boyish charm, but without the twee delight that coarses through the first track. Guitars drive where they used to tiptoe, drums crash where they used to fall and vocals echo where they used to sparkle.

The double release shows both sides of the band, the teenage energy and riotous fun of Post 60s is the perfect juxtaposition with the maturity and drive of Heard Recently, and it's quite clear the band have thought about how the songs interact. Hopefully, they can keep this bipolarity and intrigue on the next few releases.