Posted by Fred Bambridge on November 29, 2017
So as you might know I don't tend to do live reviews, and this is only my second one here in the past 2 years. So why the heck not review a band that helped shape my music taste, the one and only The Killers. Back in 2003 I was starting to get into alternative music and when I heard "Hot Fuss" I knew I'd like to see this band one day.

That day came in June this year with a 'secret' (not so secret) gig at Glastonbury, but even then I yearned for more, but low and behold the show at O2 Arena in London was one I'm not going to forget in a hurry! 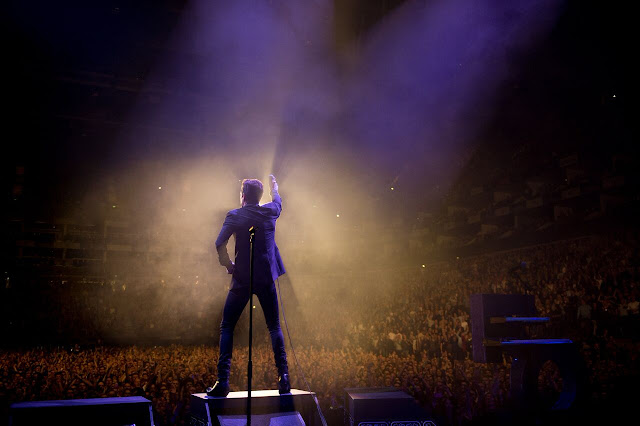 They opened the show with a rather slow track "Wonderful Wonderful" which perfectly warmed the crowd up right before heading into one of the big sing-a-longs of the night "Read My Mind". With the band playing a career spanning setlist there was always going to be a good night indeed, the next tune that got the crowd moving was "Spaceman" followed by the anthemic "Run For Cover" before heading right into "Jenny Was a Friend of Mine" with that noticeably addictive bassline throbbing right through the 20,000 strong arena crowd.

The highlights came towards the latter half of the set with a slick cover of "Shadowplay" - which basically is a staple of their set these days - and the duo of "All These Things That I've Done" "When You Were Young" reminding you that The Killers are STILL a huge band even though some might say that they've peaked on their first album, the neigh sayers were definitely stunned as the whole crowd sung "I've got soul but I'm not a solider". 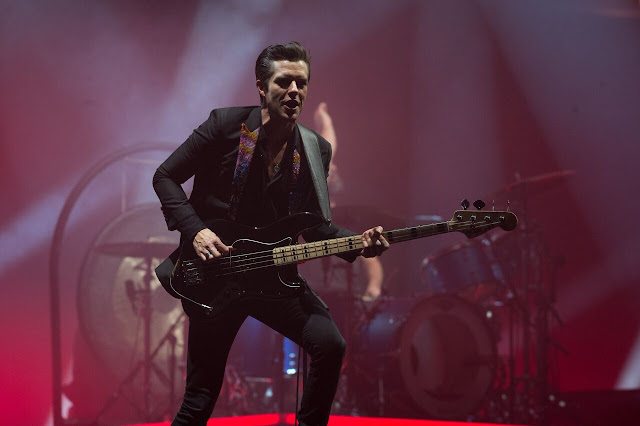 The 'encore' was comprised of a cover of a New Order track "Bizarre Love Triangle" which saw Bernard Sumner come on stage and provide vocals, with some fans questioning the choice of New Order track (personally "Blue Monday" or "Crystal" would've been better). With the set ending on a high with "Human" and a remix version of "Mr. Brightside", with the remix not going down with some of the hardcore fans the band then broke out into the full blown band version with the houselights ablaze lighting up the whole arena. A chill ran down my spine, my skin became over ruled with goosebumps and this is when I knew... The Killers will always be a great band to see live, WHAT. A. SHOW!