Posted by Fred Bambridge on November 08, 2017
Quite possibly one of the biggest music acts to come out of Russia, and all mainly because they spoke up about their disdain for their president. With some arrests, jail time and a few documentaries later the outfit have today revealed a new track, "Police State" - which is even sung in English, and it drops the guitar for more of a electronic sound, we're loving their new found sound!

Pussy Riot’s Nadya Tolokonnikova worked with GRAMMY nominee Ricky Reed on the song and the video was directed by Matt Creed and the director of photography is Sean Williams. 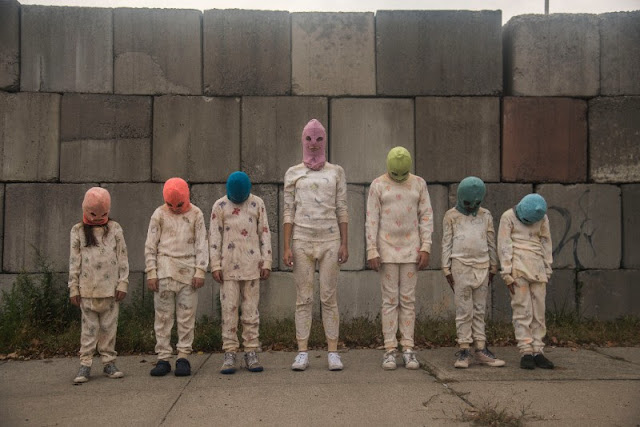 This week, Pussy Riot will perform their début live music performance in Berlin on the 9th and will come stateside to play their sold out début in Los Angeles on 13th of December before heading to Houston’s Day for Night Festival on 15th two days later. Nadya Tolokonnikova will also speak on a panel alongside Chelsea Manning and Laurie Anderson at the festival. More live dates to come.