Posted by Fred Bambridge on December 11, 2017
Superorganism literally exploded onto the scene with a fully formed pop banger titled "Something For Your M.I.N.D", the Eureka moment came in early 2017. Though hailing from different parts of the world, the six of them met while living in New Zealand and moved to London to work on music together. Going from complete unknown to one of the hottest new bands in under a year has been quite the ride. 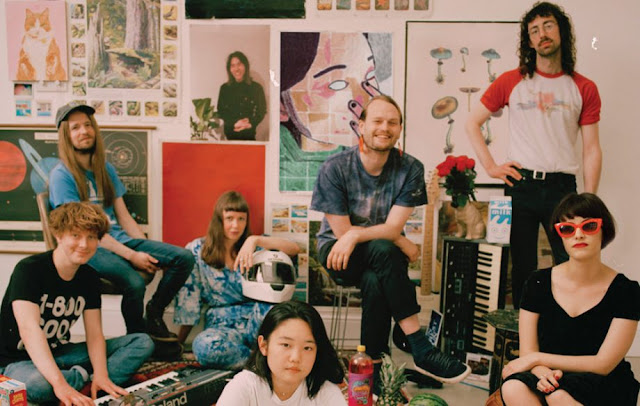 It was in early 2017, the track "Something For Your M.I.N.D", was uploaded to streaming services. In the space of a few days, the song landed in Spotify’s esteemed 'New Music Friday playlist', with it getting millions of streams, and getting the attention of  the liked of Frank Ocean and Vampire Weekend’s Ezra Koenig.

Occasionally, along comes a band that perfectly captures so much of what is exciting about music right now. With Superorganism performing their debut UK show at London’s 700 capacity Village Underground venue and selling it out, this clearly shows how in demand the outfit are. They're quirky music has really struck a chord with people and with an album to follow in 2018 be sure to keep a close eye on the outfit!