Posted by Fred Bambridge on December 05, 2017
Bang Bang Romeo, surely the best musical talent to originate from Doncaster since… well since forever (and I include 1D’s Louis Tomlinson in that!). If you haven’t heard of BBR you’re missing out big time. The Bang Bang Romeo juggernaut has rolled through 2017 gaining massive momentum and legions of new fans. With support slots for Starsailor, The Struts and most recently The Killers at London’s 02 this Doncaster trio is conquering the UK. Check out the video of BBR’s powerhouse vocalist Anastasia’s (Stars) acoustic version of Mr Brightside in a corridor off-stage at the 02. Reminiscent of Adele’s iconic rendition at The Brits in 2011 Stars has a voice that makes the world stop turning whilst she sings. An absolute powerhouse who dominates any stage and commands attention. 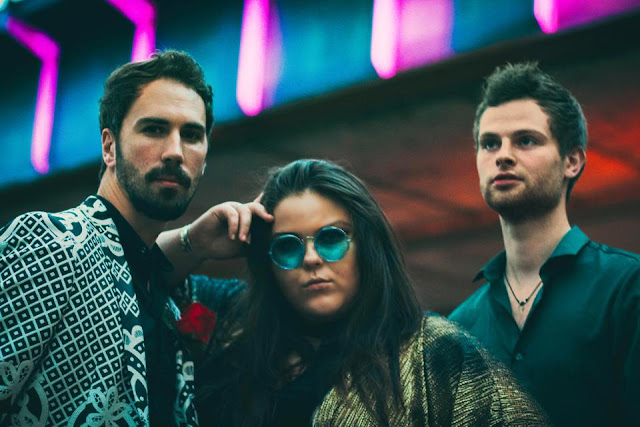 Named as one of the Jack Rocks 7 bands to play at four major festivals (The Great Escape, IOW, TRNSMT and Reading) BBR has also gigged tirelessly and played several additional festivals most recently playing on the ‘This Feeling Alive’ tour which included a packed out Electric Ballroom in London.

Busy recording their debut album which will include the singles ‘Chemical’ and ‘Natural Born Astronaut’ BBR is more than ready for the big stages. The BBR team is Stars, Ross Cameron and Richard Gartland. I defy anyone to listen to Ross’s guitar solo on the track ‘Invitation’ and not to put it on repeat over and over again. Absolutely genius!

Bang Bang Romeo has grafted and crafted in 2017 and is ready to take the world by storm in 2018.