Posted by Fred Bambridge on December 31, 2017
Born in Bedford but based in London, singer-songwriter Tom Grennan first found fame as the guest vocalist on Chase & Status's track "When It All Goes Wrong". A Hottest Record on Annie Mac’s Radio 1 Show, the track gave Grennan the chance to cut his teeth in the Radio 1 Live Lounge and on BBC Two's Later... with Jools Holland. 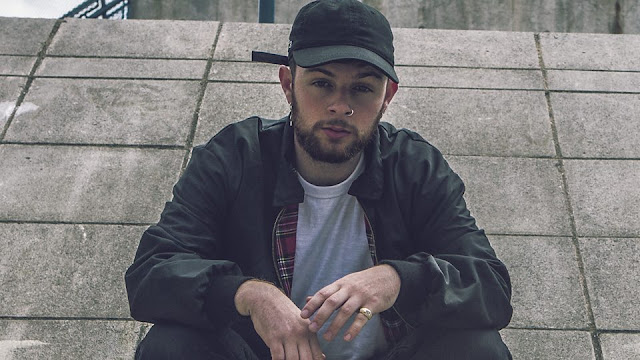 Since then the songwriter has worked tirelessly over the past 18 months, playing show after show in bid to get his music out there, and recently popping up on Bugzy Malone's new album, Tom Grennan is now ready to announce some fresh projects of his own. His debut album "Lightning Matches" arrives on March 10th, and will be accompanied by his biggest shows to date as he is set to go on a tour around the UK in support of it.

This guy’s got something special - it’s not just his voice, as much as it stands out - it’s also in the charisma he brings to his performance, the narratives in his lyrics and that very down-to-earth charm. Grennan is obviously someone who truly loves what he does, and this was certainly part of the reason why his sold-out shows up and down the UK are always a treat.

While speaking to NME he said “Wait until you hear the album – that’s even bigger. If you’re going off that song, then I’m gonna say that’s the small guns. The big guns are loaded, but we’re just waiting on when to fire them.” - It's safe to say he has had a great 2017, but with an album not out (at the moment) he is on our list of hot picks for 2018. I can't wait to hear his first full LP, it's been a long time coming!