Posted by Fred Bambridge on December 31, 2017
If you’re going to file The Scruff under anything, the easiest option would be “hometown heroes”. The Bedford four-piece almost seem like the property of the town and the surrounding areas within the county. It appears that anyone will find a reason to say they support, and have supported, the band for a long time.

Leading the way in hometown glory, the band have already been acknowledged by platforms like BBC Introducing on a number of occasions and regularly appear on festival line ups as well as national and local radio. It’s because of their tongue in cheek music that they’re quickly becoming a favourite choice for any music fan who enjoys something that’s a hybrid of bluesy-rock and hints of other genres such as surf-rock and ska. 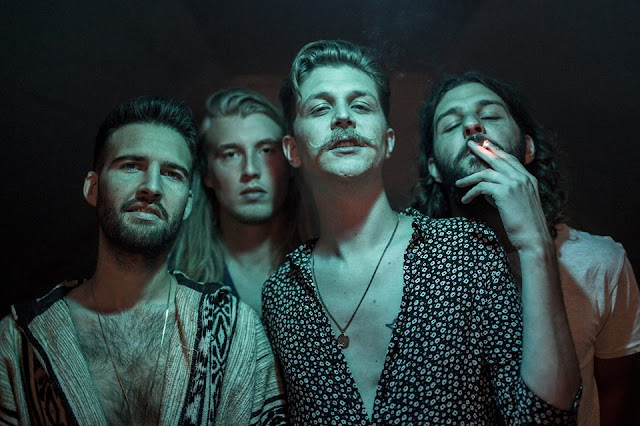 Adam Urwin fronts the band with vocals that hold their own, leading any song of theirs in to a pool of huge sing-a-longs. On stage, his performance appears almost confrontational and intimidating as he throws himself in to the middle of classic rock and roll riffs which form an old school sound, suited to their audience who vary in all ages. Supported by Sam Maelzer, Jack Brown and Omar Kouch, their transitional tempo changes and fiery backing keep crowds moving from head to toe and quickly wanting more of their thundering music. It’s not until you see The Scruff live that you begin to realise that their reign over Bedfordshire is going to hold out for a long time. If they’re going to be dethroned, it’s going to take a band with serious commitment to outdo them.

Reflecting the 00s indie era, it’s extremely hard to reject the idea that the band are, in cliche terms, only just getting started. Finding their own tone and expanding on that, it’s time for The Scruff to take a step up and build upon the fan base that already largely exists. It wont be long before they’re receiving praise from the around the country, but for now it’s your turn to claim your space in an oasis of supporters.

After a very successful 2017 with the addition of a new member (Jack), the release of their first proper single "Her" and a plethora of live shows it wasn't long before the BBC and Radio X were hot on the heels of the Bedfordshire based band. Judging by the sounds of it The Scruff are aiming high with their aspirations, and why not, "Her" is a great statement for them, and I can honestly see them only snowball from here on out, and with 2018 around the corner it certainly is looking bright for them!