Posted by Chris Graham on March 13, 2018
We were first introduced to Fia Moon after hearing debut 'The Fall'. An exciting introduction to a full set of songs set to release later in the year.

A lush track wrapped in soulful beats and tasteful hooks. Fia Moon shines through in her first single with a pristine sound absorbing R&B and pop influences - noting Jhene Aiko and The Internet.

We took some time to get to know the London based singer-songwriter. 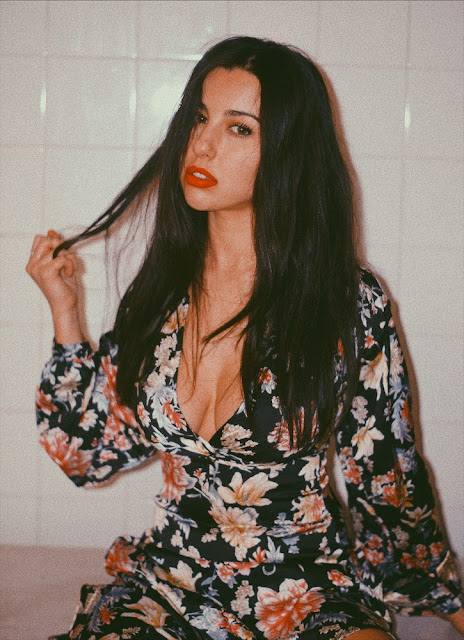 What are the lyrics behind ‘The Fall’ about?

My parents were on and off for most of my life which meant living situations were never ideal or easy. I'm saying 'Something's gotta give if we can't find a home'. It's really about the search for feeling at peace and trying to find a sense of home within yourself, despite what crazy things are going on around you. I left Dublin for London a couple of years ago and The Fall describes that transition - living on my own and trying to create a life for myself here. I wear my heart on my sleeve, which is one of my best and worst traits, so writing The Fall was therapy for me.

What’s your background in music? Have you been involved in music projects before?

I've been singing since the age of 4 pretty much. I trained classically and started singing at weddings when I was 7! When I turned 18, I started gigging around Dublin. When my friends were going out, I was gigging every weekend.

Do you prefer to write songs from your own experiences or look into other people’s lives for influences?

It really depends. I'm a really sensitive person, sometimes to a fault. If what I'm writing about isn't directly about my own experience, it's inspired by friends and family.

Which artists would you say influence you and your music?

My parents are both really musical. I grew up listening to Nina Simone, Ella Fitzgerald and Frank Sinatra. My dad trained classically too and would sing all day every day around the house so I definitely picked up on that. These days, I'm loving female artists like Banks, Jhene Aiko and Dua Lipa.

How did this song come together?

The Fall was actually a bit of a fluke. Dan and I had been working together for a few weeks and we were taking a break from working on another song. We started playing around with some beats to get our minds off the songs we had been working on. The melody came first and as soon as I started singing it I knew straight away we were onto something.

The plan has always been to release a body of work, and that's what I'll be doing throughout this year. I have a few more songs up my sleeve. :-)

How would you describe Fia Moon in three words?

Tune-in to 'The Fall' below