Posted by Fred Bambridge on March 15, 2018
Rrising Liverpool alt-pop band HAARM have now revealed the their first new material from them for 2018 in the form of latest single "Box of Bones", with the track being a part of their eagerly awaited debut EP which is out this year. The track will be officially  released on 30th March via all good digital retailers, with a limited edition vinyl release through boutique record club HURD. 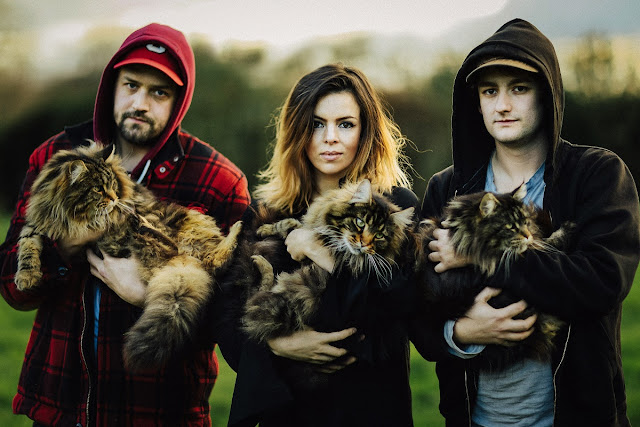 Commenting on the single they said: "We wanted ‘Box of Bones’ to be a marriage between horror and pop music. We wrote the song shortly after watching a film called The Witch which came out a couple of years ago and scared the crap out of us, and we remember watching The Blair Witch Project for the first time and it genuinely scarring us for life too. We’re all obsessed with Abba, too, so we tried to squeeze as many catchy hooks in there as we could. It's the first time we've deliberately attempted to write a song for the dance floor in the same vein as Justice vs Simian.”

You can listen to the futuristic track just below, get your groove on and get addicted to an exciting band below!