Posted by Chris Graham on April 06, 2018
Birmingham native Rookes' first arrived into the music scene with the release of her debut single 'The Heel of My Hand', which saw quick attention including BBC Radio Wales.

A balance in folk and electronic, her music styles in a lane of her own. Taking cues from St Vincent and La Roux, Rookes forges theatrical journeys in her songwriting and her new single 'The Game And The River' does just this. Transcending into a wonderful crescendo of escalating synths and folk-inspired melodies. Rookes delivery is unmatched in quality and her talents are on full display. 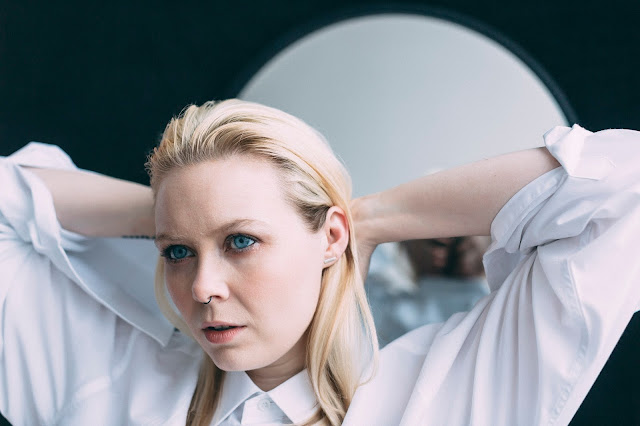 Rookes explains more on the single: “The Game & The River is one of those songs that’s changed in its meaning for me as time has passed. It was originally written as a bit of a pay-off. I was washing my hands of the first (doomed) love I had for another woman, which then forced me to come out as queer. It felt like I was walking into a different world and I didn’t know how to behave or function in this new identity - like water suddenly flowing in the opposite direction. But now I listen to the song and it feels like it speaks more to me about how women are finally breaking out creatively and resisting the temptation to please anyone or play by the rules that are set before them - which offers a different kind of gratification.”

Following this release, Rookes is preparing for her sets at Bang On Berlin Festival, The Great Escape, as well as a tour starting in May.