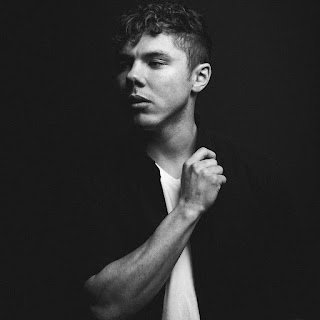 Tom Pointer is the unlikely hero budding in the musical front. From professional rugby athlete to soulful pop artist, the U.K. based singer-songwriter prides himself on his live performances which feature his honest lyrics and vibrant pop melodies. A natural talent similar to the likes of artists James Bay, Paolo Nutini and Alabama Shakes, Tom Pointer releases his second R&B laced pop single, “Nobody" following his 2017 debut.
Tom's newest release highlights his unique and powerful vocals as they echo over an instrumental built of crisp guitar riffs carefully mixed with jazzy drums and choral chants. "Nobody" which begins in a calm nature—Tom's smooth "oohs" and "ahhs" floating above a slick rhythmic guitar—gradually builds in texture as a head jerking drum rhythm ensues giving just a ounce of added flare. A delicate piano melody tip-toes into the mix soon after and joins Tom as he sings his way through the first verse. Tom Pointer does a great job at catching one's ear with every element of "Nobody," but it is the chorus in which his vocal chants and intricate rhythmic pieces in the piano and guitar fluttering over the foot-tapping drums make his latest single so hauntingly beautiful.
"Nobody" has the perfect balance of chill vibes and head-bobbing instrumentals that will keep the listener returning to the gem again and again.