Posted by Fred Bambridge on May 18, 2018
Last month we shared his track "Keep It Runnin" and we loved it, however today we've got something a little bit more special, we're premiering his brand new track "Island". Nathan Owen first began to build props and design costumes, working at the corner of his father’s industrial enterprise, soon to move out into a film studio of his own.

What started as a cinematic rock band à la Muse or Queen became an outlet for the frontman to envelop himself in frenzied building benders, holing up in his studio for weeks to design hyper-imaginative sets for his otherwordly Owenstone music videos. Nathan now is crafting  some unique music that is certainly catching our attention, you can listen to the shimmering new track below. 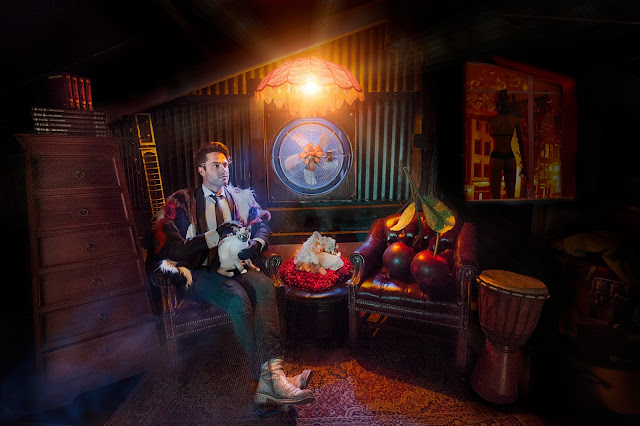 Speaking about the track Nathan said - "I don't remember when I started writing "Island". It may have been inspired by the bamboo-enclosed tiny beaches on the LA River that I used to explore. It might have been the Korean film "Castaway on the Moon", in which the main character is marooned on a small island underneath a freeway overpass, with a full view of civilization, yet no way to access or contact it.

For the first time in a long time, I was in love, and the girl I loved was back home, and I was thinking about her a lot. The song, which begun as a theme of solace and isolation, developed into an emotional narrative, with the characters being the parts of me that cling to independence and resist letting someone in, acknowledge what holds real value and importance, and eventually, submits and dives in and braves the waves, at the risk of drowning or eventually washing up on another lonely coast."