Posted by Chris Graham on June 20, 2018
We premiere the exciting new track from ALLEYWAYS just in time for Summer. The bouncy indie number completes with an upbeat jumpy sound the band are known for and is sure to keep you listening for days.

Speaking more on the track, they reveal..

‘Gucci is the first song the band wrote together after we all moved to Leeds last year, which makes it a really important track for us. The song’s all about not getting caught up thinking too much, and just to enjoy everything as much as you can - something we try to say a lot as a band.

We’re all style oriented so we’ve got no problem dancing about on stage to a song named after a designer clothing brand, we think it’s cool for cool’s sake. There’s no point worrying about what other people think, everyone should follow their interests and we think Gucci sums that up well.’ 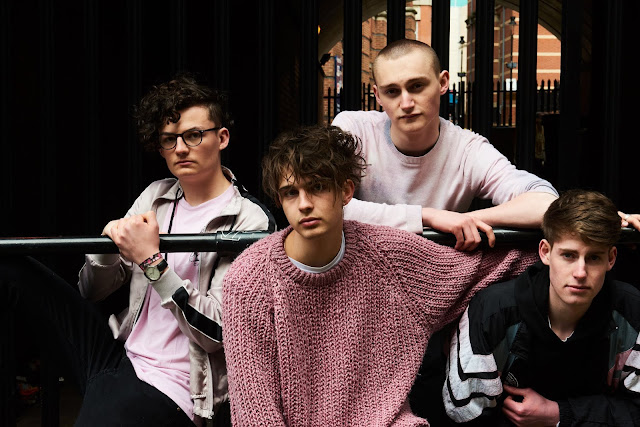 Check out the video for 'GUCCI' below