Listen to Monarchs' new song 'You Got Me'

Posted by connorpwillis on June 04, 2018
Missing the classic rock and roll sound Arctic Monkeys brought with AM? Monarchs are carrying the torch on latest single, 'You Got Me'. 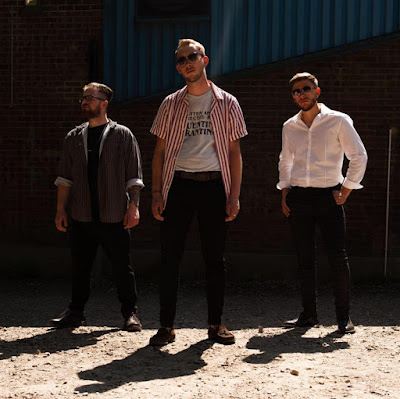 "Wake me, break me." Frontman, Sam Amos, sings in the opening line which follows on from a fierce introduction of roaring guitar riffs, battling against bone rattling bass and a drumming sequence you're going to be reenacting every time you play the song. It's dark, real dark, but it never slips in to the abyss of 'just another band trying to make it' - we're talking about something that can rip through even the biggest of barriers, pulling away the intimacy that pours out of Amos' vocals and moulding it in to a force impossible to consume all at once.

Lead by Jamie Smith's drumming, 'You Got Me' approaches the peeping tom culture but immediately withdraws, handing over all control to the listener; except we're never in control. From start to finish it's the trio who have you grasping on the every pause between lyrics, still experiencing the brazen chords similar to that of Royal Blood, T. Rex, and Queens of the Stone Age. Start concentrating on the intrusive bass playing from James Hayes and we're in trouble - Monarchs are going to war.

Unapologetic in their performance, the latest single is, with no doubt, the strongest and most promising release that sits heavily under their belt. It's going to be difficult to top something so menacing, but 'You Got Me' says exactly what it needs to, and that is the fact that we're witnessing the rise of a band set for absolute stardom.

The single is available to stream now and you can listen below.

Monarchs Small Bands You Got Me