Listen to the tasty debut single from Citrus

Posted by connorpwillis on June 05, 2018
Having made the transition from being known as Grafted, the Basingstoke quartet recently released their debut single, 'Takeout'. 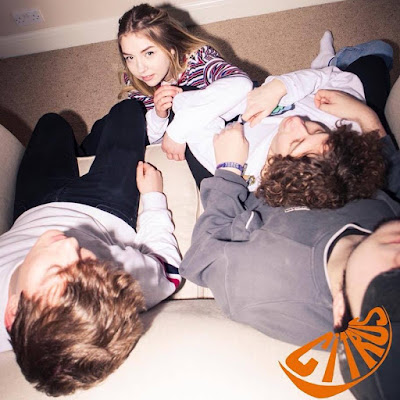 A promising start from the four piece, the first release is a lustrous, yet ballsy, cut focusing on a sun-kissed guitar lead and builds to a euphoric anthem set to keep listeners gripped until fade out. Having racked up over 13,000 listens on Spotify alone since its release on May 11th, Citrus' release sits perfectly with the blistering heat we have been getting, making for a partnership that may never end. This is the ultimate sit in your garden and put this song on repeat kind of scenario, and there's no sign of that coming to an end.

Whilst you may be "comfy at home with your fish and chips", it's this debut that becomes a comforting listen with the soft-toned vocals sitting so delectably on top of the melodies that would suit fans of Circa Waves, The Big Moon and Sundara Karma. If that isn't enough to make you want to listen to this single, what is?

We may only be three weeks in to the birth of Citrus, but this is the sign of a baby who is going to grow in to a well-respected, influential figure. With more releases promised, we couldn't be more excited to watch the four piece build something incredibly powerful with the force they create.

'Takeout' is available to stream on all major platforms. You can listen to the single below.