Posted by Chris Graham on June 23, 2018
As the great-grandson of musician and TV Personality Fred Waring, Tommi was born in Florida and, naturally, started writing music from a young age. Fast-forward to age eighteen and Tommi was refining his skills at Berklee’s college of music in Boston, it was here that he became obsessed with creating a retro-influenced, contemporary pop sound.

Since his studies, Tommi has since relocated to London where he has spent his time working with a number of producers, before developing an effective working relationship with Dom Užkuraitis & Julian Blanco of Soho Sonic Studios (The studio have previously worked with the likes of Idris Elba, Diplo & Lethal Bizzle). 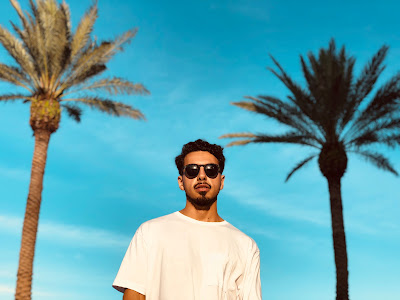 Tommi steps forward to bring a vibrant summer-sound in his new single 'Miami'. The clue is in the name with this outstanding new single, analogue synths create pastel visions of summer sunsets in the city of the tracks namesake. It’s a stunning statement of intent, showcasing a distinctive sound and style unique to the U.S artist.

Speaking on the release, he states: “Miami" is a representation of the vibrance and culture of Miami, FL, my home-town and a longing desire to go back. This song is a nostalgic ode to the city, where I was born and raised.“