Posted by Benjamin Brown on July 18, 2018
In what has become an annual It's All Indie tradition we headed off to Germany's Southside Festival.
Bringing a perfect mix of some of our favourite international and German artists, Southside (obviously) stayed true to its successful and loved concept. This year was special: Southside celebrated its 20th anniversary. 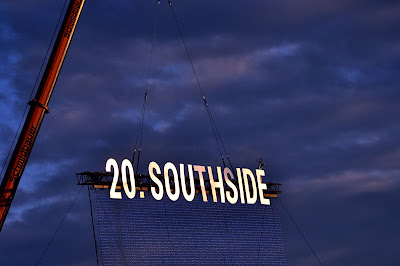 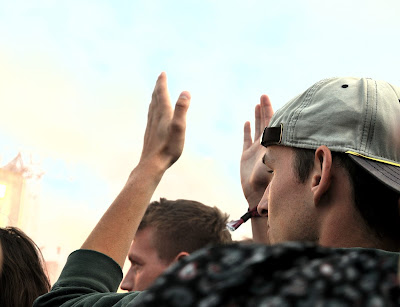 The festival started with a bang: Thursday's warm-up party saw German rapper (and one of the hottest acts right now) Trettmann perform in an overcrowded tent - such is his popularity that scores of fans didn't manage to get into the venue. The disappointment of those fans leaves one clear message for next year: Give the great warm-up party an upgrade in size. 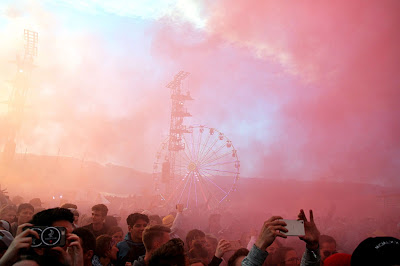 The first “official” day of the festival, Friday, saw a line-up so strong, you'd struggle to find anywhere else. We started the day with Franz Ferdinand and German band Kraftklub before things got crazy: Arctic Monkeys, Portugal. The Man (the two unfortunately overlapping we saw the first 30 minutes of the Monkeys and then went to see Portugal. The Man, don't judge us!) followed by Arcade Fire. 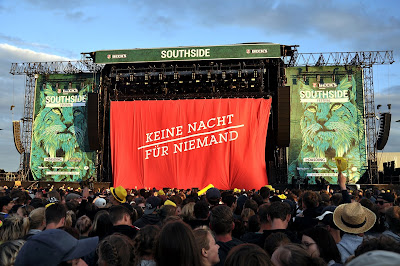 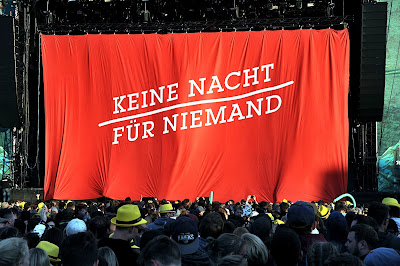 With Arctic Monkey's latest album just recently having been released the live version of it wasn't the biggest hit live with the crowd (at least at Southside). The new “LA-ey” look and quieter sound from the UK's biggest indie band seemed to attract a different audience than usually.
Fans who left early and decided to check out Portugal. The Man may have been in luck. The Portland band were incredible, although sounding very different to their albums. All of the shows that day had merely been a warm-up show, though, with Canadian (indie-)superstars Arcade Fire headlining that evening. 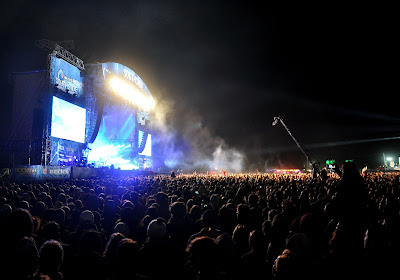 Bringing their typical power, passion and performance to one of Southside's two main stages at 1.30 am was the perfect setting for a perfect evening. Butler, Chassange & co didn't disappoint. Arcade Fire's mix of old, thundering classics and poppy, ABBA-esque new songs got the crowd singing and dancing along with the chorus of their 2004 classic “Wake Up” ringing out long into the night.

Our highlight of the festival was Two Door Cinema Club. The Northern Irish trio perfectly managed to bring 2010 back to life with their pulsating indie-pop. Just as pulsaiting was London Grammar – strong as always. 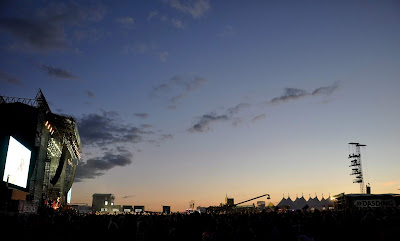 Our Sunday started off far away from the stages and right on the runway of the former military airbase. It was England v Panama, with delighted England fans watching the Three Lions beat the Central Americans on big screens. 5-0 at half-time, some fantastic bands up next and the belief it was finally coming home. Good times.

Up next was a very entertaining Jain (yep, Makeba!) before The Kooks took us down indie-memory-lane.
And that set the stage for 2018's last hoorah with the final headliner The Prodigy sending the crowd batshit crazy and ensuring everyone's looking forward to next year's edition.

Anyone in need for a festival that can hold it's own with UK line-ups and provide decent weather at the same time: look no further!

As expected we had a great time at this year's Southside Festival. Great bands from all over the world (of which I reviewed some of our highlights) and vibrant after-partys all combined in a crazy 72-hour escape from reality. I'm sure we'll return in 2019 – and so should you! Ticket sales have already begun: https://www.southside.de/en/tickets/ 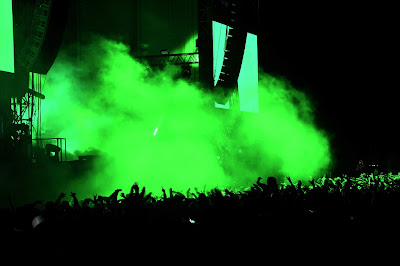 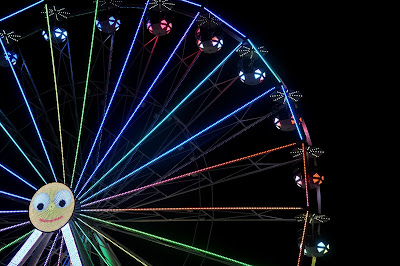 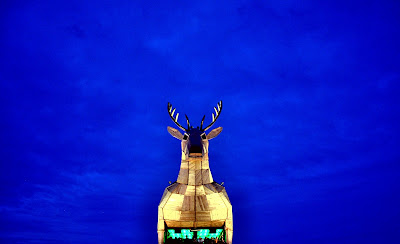