Posted by Fred Bambridge on July 17, 2018
Following the World Cup action "Policeman Enters The Game", in which four Pussy Riot activists invaded the field demanding the release of political prisoners, the members have been given a sentence of 15 days in Russian jail, plus are prohibited to attend sports events for 3 years.

Nika Nikulshina, Olga Kuracheva, Olga Pakhtusova and Petya Verzilov spent the night at the Luzhniki police station, while their lawyer Nikolay Vasilyev from Agora was denied access to the detained activists. It’s against the law; everybody has a right to talk to a lawyer. Russian policemen illegally shared the activists passports via social media for everyone to see. 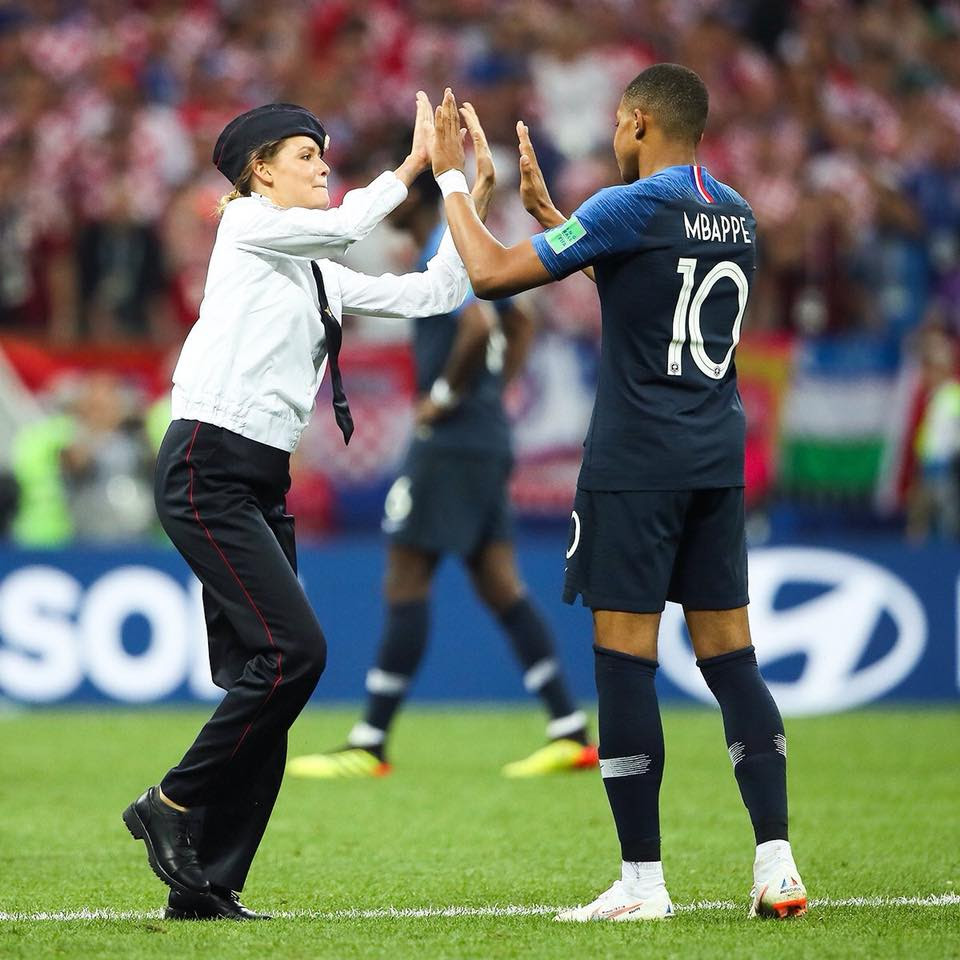 Just a reminder, about what Pussy Riot is demanding with this action:
1. Let all political prisoners free. Free Oleg Sentsov.
2. Not imprison for social media “likes”.
3. Stop illegal arrests at rallies.
4. Allow political competition in the country.
5. Not fabricate criminal accusations and not keep people in jails for no reason.

Alongside the recent live actions, there will be new art revealed to spread the continued calls for action and protest to a wider audience.