Posted by Fred Bambridge on July 18, 2018
Following up the football pitch action "Policeman Enters The Game", in which four Pussy Riot activists invaded the field demanding the release of political prisoners, Pussy Riot are releasing a "Track About Good Cop".

The collective said - "This track is a utopian dream about alternative political reality in which instead of arresting activists and putting them in jail cops are joining activists. The world where cops got rid of homophobia, stopped the war on drugs and actually understood that it's much better to be joyful and nice to people." 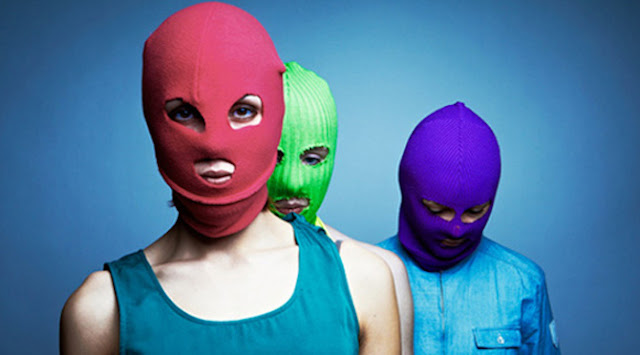 Today also marks a victory in the court against their Russian government as the European Court of Human Rights condemned Russia for its harsh, humiliating and severe treatment of the Pussy Riot members after the 2012 protest in the Moscow cathedral.