Posted by Fred Bambridge on July 31, 2018
Following on from their infectious single "Cut & Run", Slaves release the bubblegum inflected pop-punk track "Chokehold" ahead of the release of their third album "Acts of Fear and Love".

Laurie says - " ... "Chokehold" is our attempt at writing a pop love tune. A lot of men have had that feeling of being dumped and not spoken about it." 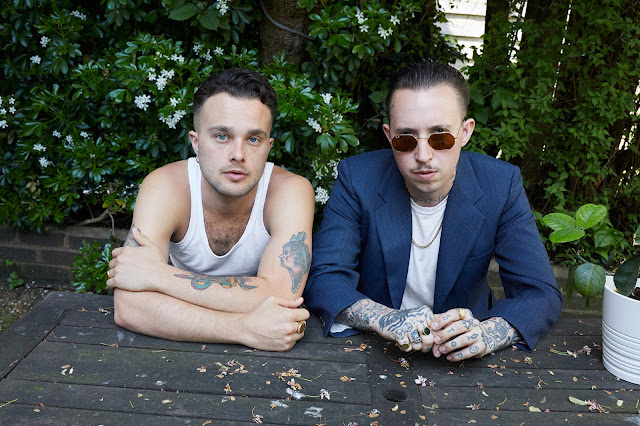 The video’s narrative tells another story of rejection. Following the success of the "Cut &  Run" dance, Isaac has left the band to pursue his dream of being an international dance sensation, with Laurie left behind to audition for a new drummer. One by one, in walks Ben Thatcher (Royal Blood), Joel Amey (Wolf Alice), Dom Boyce (Peace), Joey Jordison lookalike (Slipknot) Sam Doyle (Maccabees), Amber Grimbergen (HINDS), Yorkshire’s No.1 Peter Criss lookalike (KISS), the Phil Collins loving gorilla from the Dairy Milk advert and the one and only Dave Rowntree (Blur)