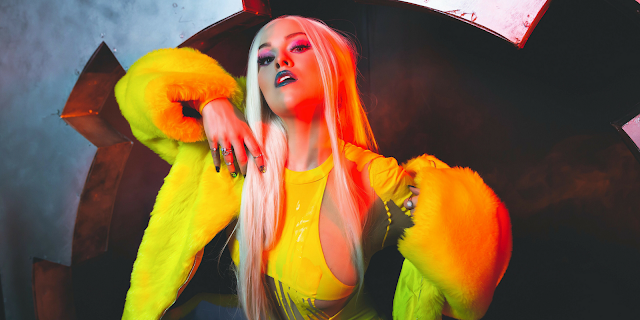 Emphatic L.A. based singer-songwriter-producer EMM steps into the spotlight with not only a defined vision for her comprehensive talents, but as a woman's advocate as well. There's a huge gender dichotomy between in the music industry and she looks to break it's frequent influence in all it's avenues and recent single Dirty is a great example of that. We caught up with her to get insight to this vision and motivation:-

Hi Emm, what’s your musical background? When did you start writing music?
Hi guys! Thank you so much for having me. I am the child of two full time classical musicians. My mom is a harpist and my father is an opera singer. They both teach at this amazing music school for classical prodigies so I was exposed to amazing art from the time I was born. I started classical piano at 5 and immediately started writing words and melodies over the notes I could play at the time. I was constantly getting in trouble for flipping the classical songs my teacher wanted me to learn into my own compositions.  I started playing guitar when I was 13 because I wanted to show off in front of the boys in my middle school that said girls couldn’t play guitar. My first exposure to the non-classical world was the Alicia Keys album, "Songs in A minor," that I stole from my sister. After that it was Brandy’s "Never Say Never." And then of course, Destiny's Child entered my life. That led me to exploring who inspired them and that led me to Motown - and when I discovered youtube I became absolutely obsessed with watching and studying every performance I could get my hands on. I watched Prince, Queen, Michael, Beyonce, Celine Dion, Whitney, Mariah. I would just study everything I could find one artist at a time. In the meantime I was saving up my babysitting money to go record my shitty rock songs that I had written on piano and guitar for an hour at a time in local studios in my tiny hometown. I fell in love with the studio. When I was 16 I got the chance to record a demo in Chicago with a “real producer.” But I didn’t know that there were computer programs and midi where you could try ideas. So I notated out all the parts I heard in my head on staff paper and showed up with the entire song arranged. The producer laughed at me because obviously, that was super weird…. He’s been one of my mentors ever since. The demo was heard by some people in New York through a long string of cosmic accidents and I ended up leaving my small town and moving to New York at 16. I had a mentor there that taught me to produce on Logic so I could get all those ideas in my head out. Since then, I’ve been writing, producing, performing, learning the business and really developing my craft.

Where are you currently based?
Los Angeles. 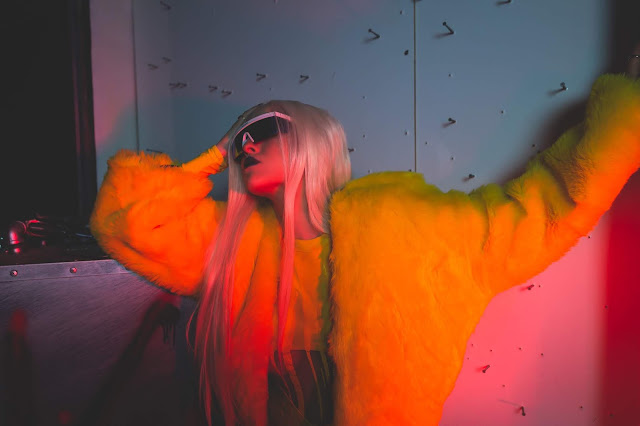 How would you define your sound?
I think the strength of my music is the distinctive lyrical voice. I have a lot of different musical influences so my sound varies. But the message is always consistent. Empowerment. Hope. Telling the truth. Vulnerability. Speaking truth to power. Reminding women why they’re the shit. The stuff my squad and I are getting ready to release is very inspired by Muse. Some of it is more inspired by Janet Jackson. Some of it is inspired by Prince. And somehow it all ends up sounding cohesive because it’s all coming from the same heart. I try to write everything with my team imagining it live in an arena or at a festival and how it will feel there. Other people don’t write my shit for me. I collab but I keep my collaboration circle small so we can maintain the feeling of the music. I think you can tell when you listen to it. In the music industry right now, a lot of pop acts are being given 10 different songs from 10 different writers and producers and just singing on them. I am the complete opposite of that.

How did Dirty come to be?
Dirty started with the bass line - that bass line is everything. My production partner showed it to me and I lost my mind. We just thought it sounded like Coachella 2020. We wrote it from that feeling. The original chorus of Dirty was “you can call me dirty but I don’t mind.” It was eventually shortened to “you can call me dirty baby.” And it felt right. I made the song with Taylor Wilzbach and Zoe Fisher - we make all my stuff together and we‘ve created a really special chemistry.

What is the message behind the song?
It’s about how girls are so judged for being sexual and told to feel shame for our bodies and taking pleasure in our own bodies… not just sexually but in every way. It’s almost unheard of that a woman just loves her body exactly as it is. Daily, We are being told by our culture all the ways we are both “not enough” and “too much,” and it’s usually so that some fucking company can make money off of the blood and tears and shame of young women. So we try to highlight that as much as we can in all the ways we can think to. I grew up suffering from deep shame and it led to eating disorders and cutting and all kinds of nasty issues so one of my biggest goals as an artist is to help girls look in the mirror and be like “Yes. That girl. She’s dope. I love her. She’s enough. She’s worthy.”

What other music do you have coming up?
My next song is called Freedom. It comes out on September 28th. I think it’s our best work. It’s definitely special. We have 25 songs ready to go so I’m not going anywhere.