Posted by connorpwillis on September 19, 2018
With two albums pursuing two different stories and capturing a whole set of honesty, emotion and raw portrayal of adulthood, Microwave have revealed new single 'keeping up'. 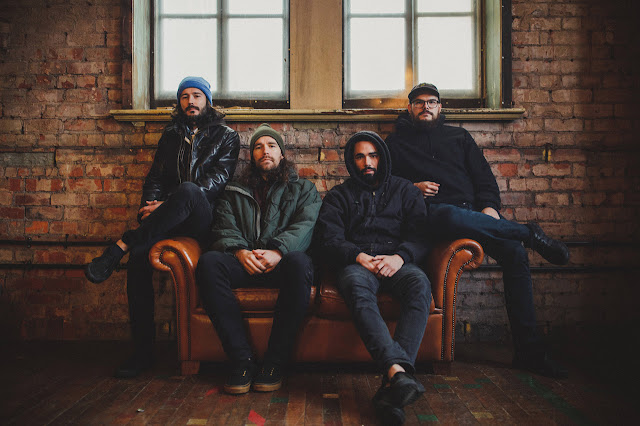 Sitting at almost four minutes in length, the latest single captures the intimate sound that once catapulted Twenty One Pilots to the top, but allows for even more depth within the lyrical content which doesn't shy away at any point. From being on the outside of inside jokes to the sobering moments of realising you're unemployed, the Atlanta four piece don't take a moment to hide away from real life, and instead choose to face the overbearing situations head on, simultaneously producing music reaching out to almost everyone who has ever found themselves in these scenarios before.

Written on the road, when the quartet are most likely to feel disconnected, 'keeping up' explores a bruising noise; hitting hard yet it's a soft blow thanks to the rich tones flowing out of the guitars, almost as if American Football had returned to their heydays. It feels sentimental, yet it feels critical for now. Modern and new, but so familiar. Where music is supposed to be a form of escapism, Microwave keep you in the real world and tell you how it is, how everyone ends up feeling at some point through emo-punk aspects and even slight forms of jazz.

'keeping up' never takes you on a journey, it instead insists that you focus on the here and now and the emotion within the lyrics. Take a moment to listen to what Microwave have to say - you might just find a new song to comfort you in feeling less alone. If this song proves anything, it's that we're all experiencing the same things at some point in our lives.

Microwave start their UK tour supporting Boston Manor this week. Check out the dates below.