Posted by Fred Bambridge on November 13, 2018
Belgium is famous for a lot of their exports, and it looks like Balthazar are going to be added to the list. A few years after I saw them play in the Pussy Parlure tent at Glastonbury things have got a whole lot bigger for them. They're now on their fourth album with it being picked up by Play It Again, Sam (Editors and Pixies label) with their forthcoming album "Fever" being released on January 25th, 2019. 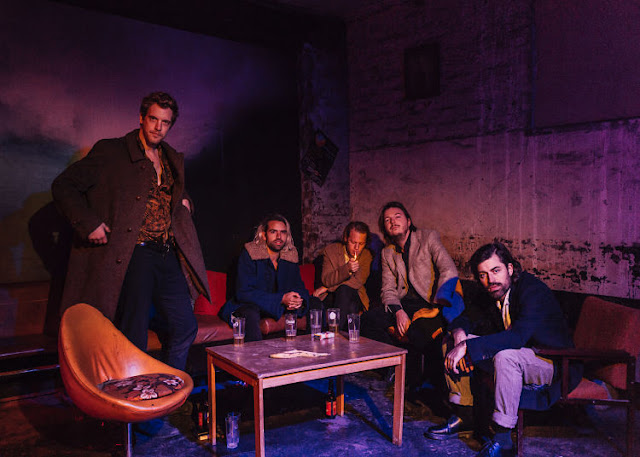 Speaking about the track the band explain, " ... "Entertainment" was written at the end of the album recordings as one of the last songs, functioning as the loose uplifting tune celebrating a carefree take in an entertainment business. We wrote an ambitious album but tried not to take ourselves too seriously, sure it's an outspoken singalong chorus, but there's a rambling playfulness to it which we love."