Posted by Chris Graham on November 30, 2018
Having signed to Max Music Publishing in October, as well as headline an exclusive Sofar Sounds gig and shoot, they have also emerged with new line up - which sees drummer and percussionist Danilo Rodrigues and guitar player Michael Sheppard join front man Jamie Ley on piano. The Hackney based band (all songwriters in their own right) came together over their love of timeless pop when they met in a local east London dive-bar.

The group are now set to drop their latest single, and perhaps best yet – the gorgeous ‘Kings & Queens’. Known for their work with Bernard Butler, who produced the track (and previous singles) the whimsical but raucous ‘Kings & Queens’ continues their output of timeless songwriting, this time lyrically taking on a character led approach, as the charming track acts as a reminder to us all to appreciate what we have, however little it may be - as frontman Jamie explains:

“Kings & Queens was inspired by Michael, who lived on my road. He was a troubled soul who enjoyed his daily routines – I used to see him go past my window most mornings. He would do the same things day in day out, and he was always kind. He had many friends, but at the same time none at all as people used to laugh about him behind his back. For Michael it didn’t matter, because his world was his own and he was the king there. Because we are all the Kings & Queens of our own lives.” 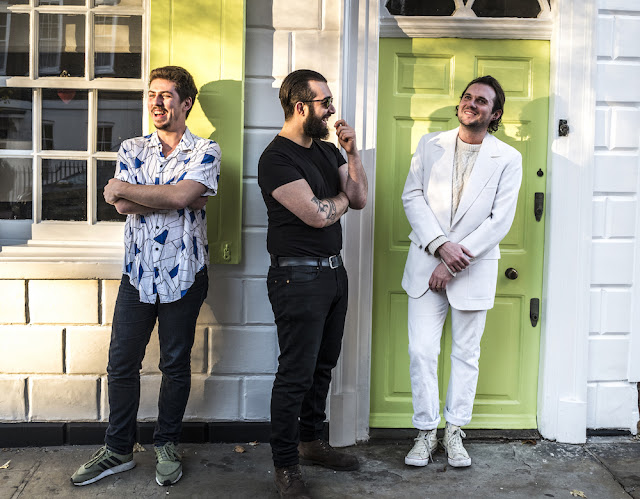 The track comes equipped with a lo-fi inspired music video, directed by Jack Satchell (@jack.satchell) who’s VHS recordings have given even more life to the story. Explaining his approach he says:
“I've always loved the gritty, almost ugly aesthetic of old home videos. I've been shooting bits and pieces on an old 90s VHS camera for a few years, but I jumped at the chance to shoot an entire music video on what is literally the camera that my parents used to capture my childhood. Something about the arrangement of the song just seemed to instantly click with that style. Plus, working with the Pace lads was great - they were equally trusting in my vision and open to collaboration.”

Since their debut track ‘Heartbeat’ in 2016 Pace have gained a reputation for classically crafted piano driven alt-pop songs and captivating live performances, with a string of shows across London’s best taste-maker venues.

The track ‘Foolish’ caugth the attention from Noon Pacific records last year. The group have now reached over half a million online plays.


‘Kings & Queens’ is out on all digital platforms 23rd November. Official music video by @Jack.Satchell