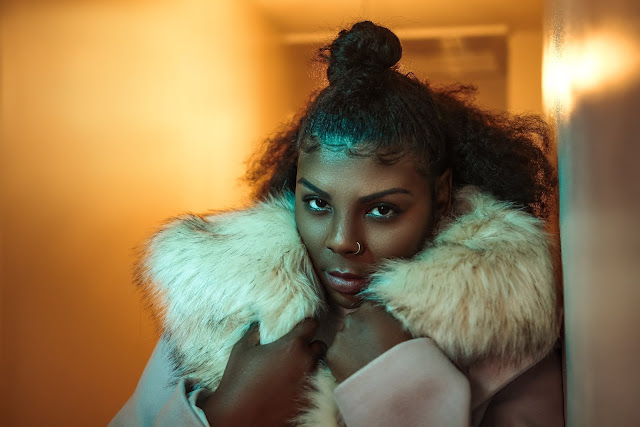 London-based alt-R&B artist Malika has been quietly making waves both nationally and internationally since her release of her 2017 EP Songs About C. Now she's back with the new release Stranger Things and we caught up with her to learn more.

Hi Malika, it's a pleasure to have you speaking with us - how are you doing today?
I'm very well, feeling very happy that Stranger Things is finally out and I can share it with the world.

How did you get into writing music?
Singing has been something I have always loved to do, I actually wrote my first song when I was about 6 years old. My father was a music producer so grew up in a very musical household. I was lucky enough to grow up being surrounded by singer, writers, musicians etc

In your own words, and feel free to go into as much a depth as you like, how would you describe your own music?
My music has changed over the years, my first EP Songs About C which came out last year, I would say was me, but much more guarded. Stranger Things and my new EP Tension (due for release early 2019) are so much more open I've grown and matured and am able to share my stories in a way I just didn't know how to do before.

As an artist from the UK that's heavily influenced by R&B from the US, how do you feel UK culture influences your music?
Growing up in my family, I was surrounded by UK Lovers Rock, but the real icons, Janet Kay and Carol Thompson are family friends, so UK culture is embedded in me. I found R&B after, and I think at times you can hear old school influences in my sound.


We see that you've spent much of 2018 performing around the country, which show this year stands out to you the most and why?
Reading and Leeds were probably my favourite festivals, the lead up to it my band and I worked really hard putting together the show. Then once I got to perform live it was a buzz, performing on the BBC Introducing stage, we also did some of the new music too. I learned so much in that process it was unforgettable.

We love your new track Stranger Things, can you share an insight into the motivations behind it both musically and lyrically?
Thank you so much, production wise that was the producer Jae Eaux, he played the keys and I was like yes that's it, but lyrically, I was in space where I think I needed to share, I wanted to share this feeling of being in a relationship, that somehow turned into a situations without even realising. I think there are many people who are either experiencing that or have experienced that and I'm glad Jae and I were able to create Stranger Things.

Finally, what can we look forward to from you next?
There's loads planned for 2019, where do I start, I'm going to be touring again, which I'm really looking forward to and I'll be doing songs from the new EP too, which will come out in the new year. I am so excited to share it, I think it will definitely surprise people, in a good way. Its growth, its experience and it's honest, so I'm sure people will connect. But there's so much to look forward to, probably best to follow me on my socials to keep up to date.