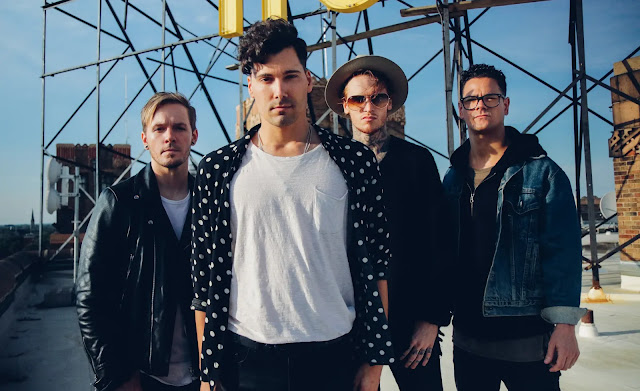 A pop band signed to a historically hip-hop label with members hailing from Chicago and Kansas City, Above Waves have released their powerful debut EP ‘Fugitives Volume 1’. With their background as diverse as their music, the four-song collection showcases the band’s impressive range; from emotional to anthemic, it’s all on display. The band showcase and maintain a level of maturity throughout the EP, doubling down on the emotional lyrical content and delicate beats.

The tantalising melodies float under Above Waves’ personal, mature lyrical content, proving themselves as serious songwriters and musicians. The lyrical content is broad, from capturing the awe and swooning nature of Chicago itself in ‘Chi City’ to telling the story of a torrid yet irresistible relationship in ‘Love on Drugs’. In a short space of four tracks, Above Waves have mastered their craft, creating a positive soundscape tinged with both pop and electronic influences. ‘Fugitives Volume 1’ is a testament to their versatility and sheer level of talent. A band who has only recently stepped into the spotlight, Above Waves prove with this EP that they are a force to be reckoned with.