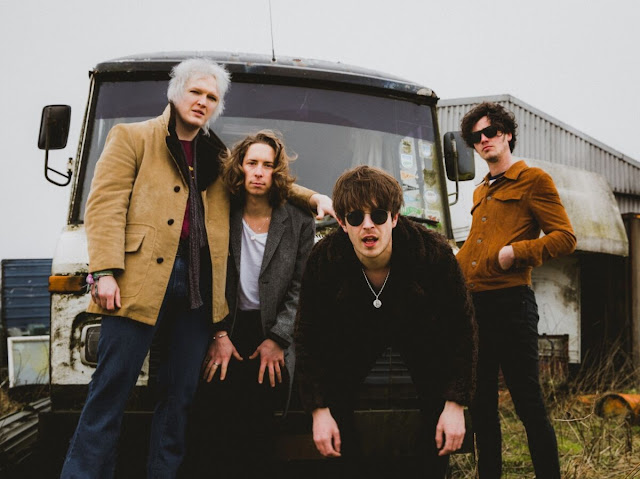 Manuka Hive have chosen to give It's All Indie's readers an exclusive listen to their brand new single "Slave" two days ahead of the official release date (14 Nov).

Fusing their quirky genre-bending rock and roll for just over a year now, Yorkshire four-piece Manuka Hive’s journey so far has been nothing short of incredible. Smashing into the scene with the relentless motions of a freight train, they haven’t taken their foot off the gas since day one and now they’re about to release their most ambitious single to date.

From anthemic sing-along, hands-in-the-air choruses to cool-as-you-like verses that are brimming with attitude, Manuka Hive thrust themselves into grizzly glam obscurity with Slave, a track that is bound to get any place moving from the get-go. Charlie Phelps’ snarly vocal hooks and addictive lyrics pierce through the fuzzy frenzy of riffs provided by Tom Laffey, whilst the solid, grooving rhythm section of Joel Phillips and Miles Machen complete their signature sound.

It’s not taken long for them to cement their place in global territories. After supporting Deap Vally in Europe, they have also headlined a string of dates at Pretty Green outlets,

Their fearless, unconventional and downright exciting stage presence has made its mark on just about every corner of the UK, including live performances on the same bill as The Blinders, Avalanche Party, Spring King and Sheafs. Not to mention taking on venues such as The Lexington and Camden’s Dingwalls on a regular basis.

With early backing from Radio X, BBC Introducing and Amazing Radio, as well a return to Europe confirmed for early 2019, Manuka Hive are going in with all guns blazing, join them for the ride.

The band also have a European tour scheduled for early 2019.