Posted by Fred Bambridge on December 17, 2018
This band is one of the rare ones out there, they've had two tracks as 'Track of the week' over on the blog, and for good reasons too. Every time we post about them they gain a substantial amount of hype around the release, and it's great to see them improve every time they drop a new cut. With "Oxygen" they've gone all out with it with some huge choruses and mighty guitar structures, and when it came round to the other track we featured, "Roads", they decided to record it with Larry Hibbitt (Sundara Karma/Nothing But Thieves), which is once again showing everyone that they're a quality outfit. 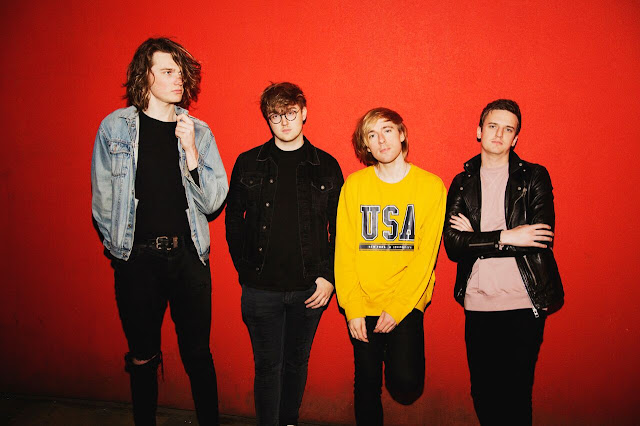 The band put a heavy emphasis on writing from the get go, and have since got loads of recognition from bands, taste-makers and radio stations alike. They've also got a huge Instagram following which is 100% organic and was done via the ban sending out demos to fellow users and asking for their feedback. They've recently signed to one of our favourite labels in New Moons, a Killing Moon imprint, the same label that helped launch Royal Blood and Fickle Friends (amongst others), and in turn they dropped their first official single to be released on a label, "Lana".

Speaking about the track Paul young (Vocals) says - "Sometimes it’s the simplest things that leave the biggest memories. Your perception of nostalgia can tell you a lot about yourself and I seem to be pretty good at romanticising it. 'Lana' is one of those anthems which makes you reflect on the first days of a relationship with a mixture of emotions." It's clear to see the ambition the band has, and are one of those hard working outfits who have taken their time and are now reaping the rewards, be sure to follow them on all of the socials and expect more from them in 2019.