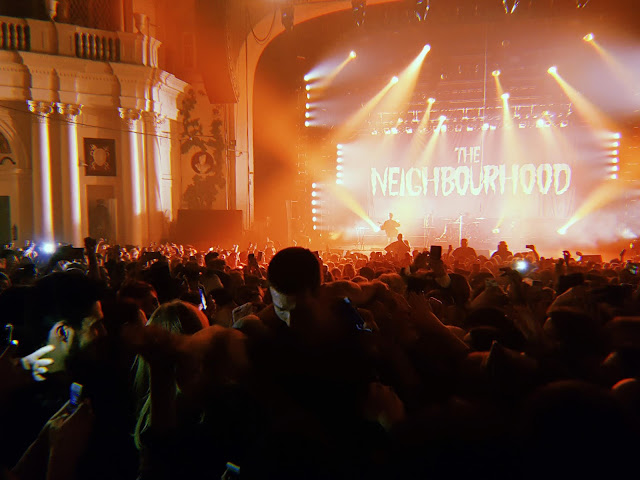 It has been three years since LA-based band, The Neighbourhood, last performed a headline show in the UK. To celebrate their self-titled third album releasing last year, Jesse Rutherford and co announced a string of headline dates across Europe. The UK date was at London’s renowned O2 Academy Brixton. It’s All Indie attended the show.

The Neighbourhood swaggered onto the stage with the ambient opener 'How', from the band's debut album. With this gig being their only UK headline date in 2019, the crowd was lapping up every second from the get-go.

"Yo, you good?!" excitedly shouts Jesse, the frontman of the indie-pop group, before launching into the remaining nineteen track set.

Delving into all three studio albums, the rap mixtape entitled ' #000000 & #FFFFFF' and tunes from their new EPs; fans were met with a glorious array of new and old songs . Long time favourites such as 'RIP 2 My Youth', 'Afraid' and 'Prey' were all performed in the first half of the energetic set.

The band itself consists of vocalist Jesse Rutherford, guitarists Jeremy Freedman and Zach Abels, bassist Mikey Margott, and drummer Brandon Alexander Fried. Traditionally with bands, the frontman is always the centre of attention and this certainly rings true with Jesse. Swinging like Spiderman or Tarzan on a microphone attached to a chain (yes they really had that on stage), The Neighbourhood frontman had all eyes on him. Even if Jesse was attracting all the attention, with his superb vocals and antics, he only highlighted and amplified the skill and talent from the rest of the band.

"We're going to play some new shit." this statement from Jesse signalled the transition from the classics to new material. Songs like 'Dust', 'Void', '24/7' went down a treat. Surprisingly, 'Beat Take 1' from the 'Ever Changing' EP was performed live for the very first time. Although the first half of the set might of been intense for some, the second half saw the five-piece shift the momentum to a slower pace. Tracks such as 'Livin' In A Dream', 'Softcore' and 'Sadderdaze' were all performed from the latest album.

Highlights of the night include the band performing 'Scary Love' from Album three and their break through hit - Sweater Weather'. Jesse crowd surfing from the stage to the sound desk during 'Warm' was another brilliant example of the sheer explosive energy that was contained within the Brixton Academy.

Concluding the night, Jesse proclaims "You make me feel so good every time we are here. Thank you!" before launching into the infectious closer 'Stuck With Me'.

the latest version of the most recent Neighbourhood album which includes the EPs, is called 'Hard To Imagine The Neighbourhood Ever Changing', and rightly so, their atmospheric and relatable music and spirited live sets are what they are known for. It might of been three years since the last time they headlined a UK gig, but they haven't changed one bit. 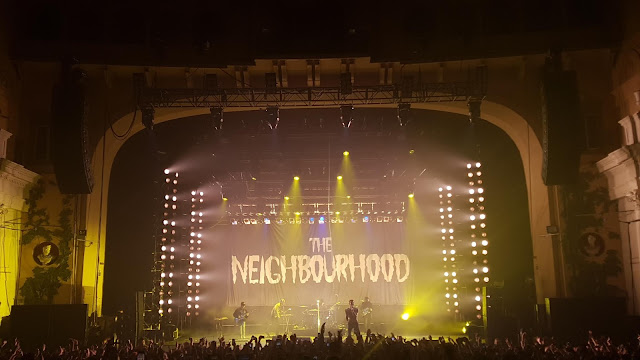