Posted by Fred Bambridge on March 12, 2019
ABQ might just be one of the best finds we've had since the turn of the year, with their track "Edge of the Earth" showcasing the band at their full potential. The band - who are based in London - have been working hard on their tunes for a few years now and have released a very addictive single which has a brilliantly directed video to go with it.

The band say - " ... "Edge of the Earth" is a track about escaping. It is about waking up with the constricting weight of life bearing down and impulsively deciding to run. It’s a search for meaning in the midst of the fog and fragility that can engulf our minds and cause mental fatigue." 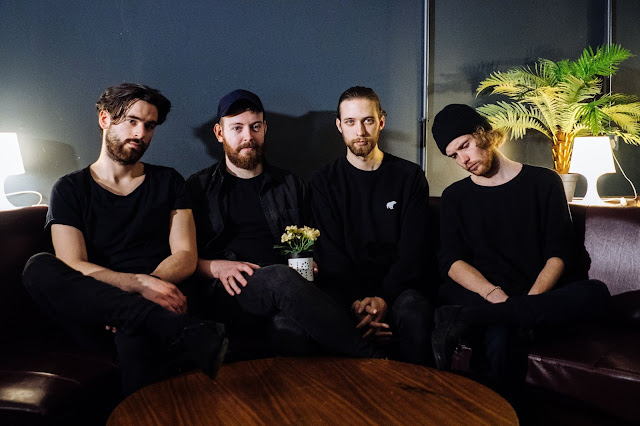 With one other track under their belt so far it really seems like the London based band from Belfast are here to make a name for themselves, with high quality production on their tracks, captivating vocals with relatable lyrics, stunning videos and beautiful melodies combined with eloquent guitars it is no wonder that they've played at Liverpool Sound City, Hit The North and The Great Escape, along with multiple London headline shows and a supporting tour with American outfit The Rocket Summer. So get really excited as I feel like they could be one of the next best things to come out of Ireland since Kodaline.