Posted by Chris Graham on March 20, 2019
Delving into his King Gvpsv alias, award-winning actor and musician Mehcad Brooks has delivered his smooth new single ‘Oceans’ is out now. 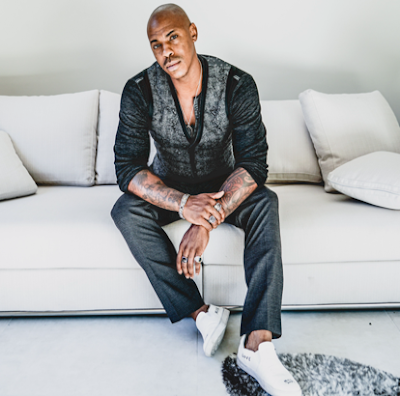 A soulful production topped with his emotive vocal delivery, ‘Oceans’ showcases King Gvpsv’s downtempo stripped-back sonic style and serves as an ode to feminism in modern society, with Mehcad explaining:

“Oceans is about female empowerment. It is about female independence, free of the opinions of men and how ever he may feel about how and what she uses her attributes for. I think the world that we live in right now is extremely shallow however is it truly my place to judge a woman who is able to exploit that shallow culture for what she wants?”


Previously modelling as the face of Calvin Klein’s global CK X underwear campaigns, Mehcad Brooks has garnered a reputation as a truly multifaceted talent. Utilising his skills on screen as the star of DC Comic’s superhero action-adventure series ‘Supergirl’, the Austin-born talent has also featured in hit US drama ‘Desperate Housewives’ and HBO series ‘True Blood’.

It was upon surviving a near death experience on 20th May 2009 caused by a parasite in Africa, that Mehcad was inspired to transform his dreams into reality across every path he takes. With Mehcad involved a car accident which almost took his life again, on 20th May 2011, he used the experience to release his 16-track album ‘May 20th’ to critical acclaim last year. The release birthed hits such as ‘Tears Away’ (over 1 million Spotify streams) and thrust the songwriter into the spotlight under the umbrella of his King Gvpsv moniker.

Fusing deep riffs with rhythmic grooves, his resulting signature sound became the perfect blend of both thoughtful yet deep, soulful yet aggressive. A luscious embodiment of King Gvpsv’s rich R&B sound, ‘Oceans’ is out now.