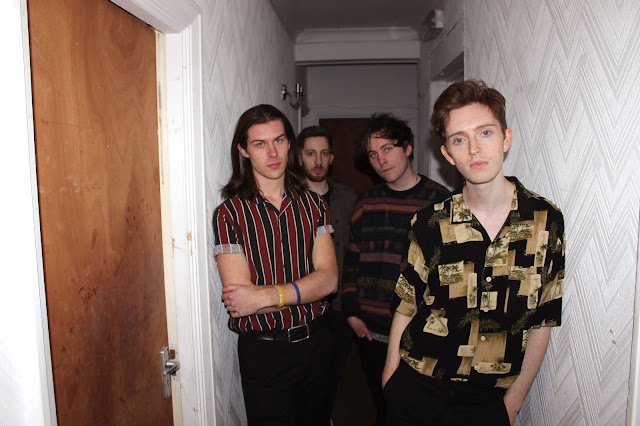 So far 2019 has been a hectic year for CALM , and today the band shared their track "Sucker".

The London based four piece has created a proper tune, and it's a sparkling and uplifting piece of songwriting.

“Sucker was written quite early on when we got together", frontman Adam James tells It's All Indie. "We have been excited to release it for quite some time as it’s got the electric energy you’ll witness from our live show. Contrary to our name CALM, you can expect anything but tranquility on stage and in the music."

"Topically, the song is dealing with a kind of toxic relationship, which can toy with your emotions and force you to question your own intentions, he explains. "In this case i guess I was really expressing a will for instant gratification, be it with love or what you will. I guess something we can all be guilty of in the modern world.”

The band are due to share the stage with King Nun at a sold out show at the Old Blue early May.

Their first track Vivid appeared in 2018 and quickly caught the attention of Dave Monks at BBC Introducing Merseyside and Amazing Radio.


The soon to follow ‘What You Saying’ gave the band their first Radio 6 Music play as well as further support from introducing.


CALM play the Old Blue Last on 3rd May. Free tickets are available on Dice.