[TRACK OF THE WEEK] Polar States - Fade Out (Of Here)

Posted by Fred Bambridge on April 22, 2019
Polar States have a brand new track out everybody, "Fade Out (Of Here)" is the band's second single off their forthcoming EP. In the past 12 months the band have risen to such a high order that one of the best labels for new music - Killing Moon - picked them up and now have a blossoming relationship.

The track starts off with a really bright entrance with a wash of soaring guitars, that eventually give way to Paul's slightly etheral vocal tones. It's got a lot of atmosphere and catchy guitar licks to boot, with a bassline and drum beat that can easily be danced to when the band play live, the track is so vibrant and has an abundance of energy, something the band want to show off to new fans as their live shows are just as lively as their tracks. There's no wonder why there's a bit hype around them already! 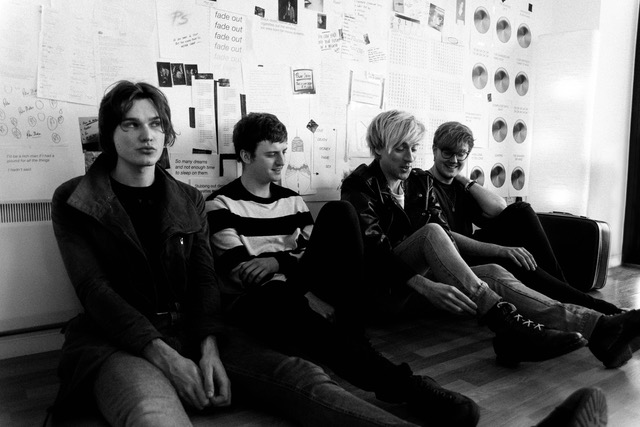 Speaking about the song, vocalist Paul Tong wrote; "You know those mornings where you’re stood in the shower thinking about everything and it becomes overwhelming? It’s like there’s this noise in your head. ‘Fadeout’ is a song about trying to turn down that chaos. We’re living in a time where were constantly bombarded by low quality distractions and it’s often feels like sensory overload, like being at the centre of a massive kaleidoscope. The abundance of choice has limited our ability to make decisions and sometimes you just want to push everything away so you can breathe."