Posted by Chris Graham on May 02, 2019
Rising talent BAELY has released his debut single 'Talking To The Walls' via AWAL, accompanied by a gripping video.

Riddled with sharp, punchy synths and a distorted bassline, the track closely compliments the song's subject matters that touch on obsession, addiction and a breakdown in communication.

The intense electro-R&B track is produced by Marco Bernardis, with additional production and mix by Grammy award-winning Tyler 'Lophiile' Acord (H.E.R. - 'Best R&B Album') - both 2 thirds of the much-lauded Radiant Children. The song was engineered by Prash 'Engine-Earz' Mistry, who was also Grammy-nominated this year for his album Symbol and holds collaborations with Jorja Smith and The Prodigy, to name a few. 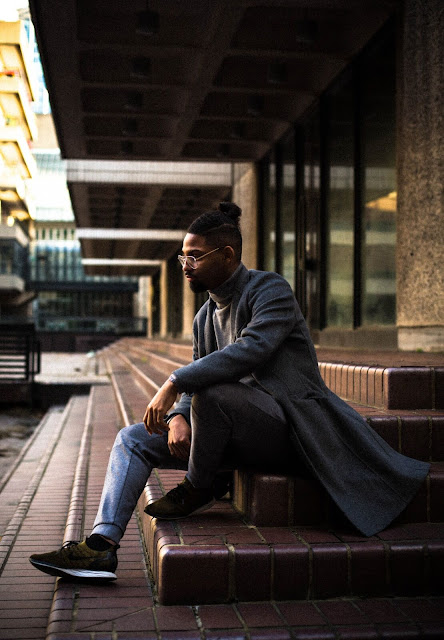 The stylish visuals - directed by Jordan Stephens - see BAELY located in a derelict building eagerly in search of an elusive female character played by dancer and model, Demi Rox. The video metaphorically captures the struggle of being stuck and in love with the idea of a person, but alludes to a relationship that is ultimately toxic and confining.

BAELY was raised as part of a musical family with some of his biggest influences being legendary figures like Stevie Wonder, Marvin Gaye, and Donny Hathaway, and more contemporary influence coming from the likes of D'Angelo, Miguel and The Internet.

For the past couple of years, BAELY has honed his skills behind the scenes, writing and collaborating with an incredible roster of producers and artists alike. This, coupled with opportunities to work as a backing vocalist for Kwabs, Farr, Jordan Rakei and Will Heard has helped prepare him for his own solo career.

During this period to date, he has often been in the studio with Radiant Children - Recently having guest vocalled on Tyler Acord's debut single 'You've Changed' released under Bluenote Records, and Aston Rudi, who is known for his work with Ray BLK and Anais. Furthermore, BAELY has enjoyed sessions and collaborations with notable names such as Fred Cox, MXXWLL, Linden Jay, Will Heard, Jordan Rakei, Zach Witness, Duke Dumont and Jarreau Vandal to name a few, and is now ready to flourish as a solo artist, preparing for a breakout year that will include more singles, an EP and live performances.

'Talking To The Walls' is out now.