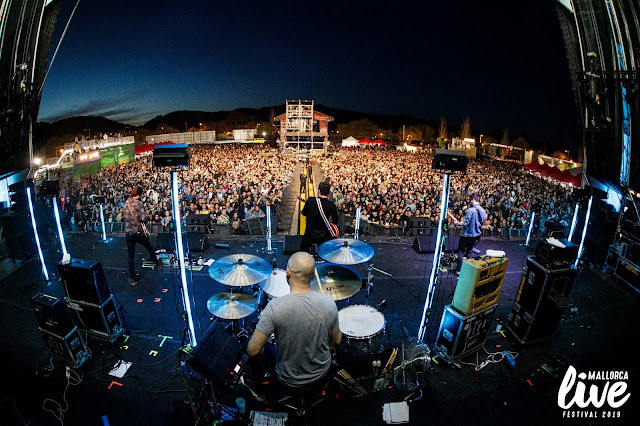 Music festivals, regardless of where you’re from, are something of a right of passage in this day and age. Whether you’re more suited to the Instagram focused likes of Coachella, the pounding beats of Outlook or the hedonistic hippie eutopia of Glastonbury, there’s something for everyone, every year.

For those of us in the UK, the first taste of such coming-of-age debauchery likely came from Reading & Leeds, Download or T in the Park. And while such festivals offer a sense of unparalleled freedom for those fresh out of sixth form, what happens when you grow up and the appeal of cold fields and warm beers runs out? Answer: Look abroad.

Spain has rapidly made a name for itself across the global festival calendar in recent years. Benicassim, Primavera, and Mad Cool all offer eclectic though well-curated line-ups that stand head and shoulders above the rehashed line-ups of their UK counterparts. But while international eyes are focused on those big named events, there are smaller festivals happening across the country that are equally deserving of the attention of press and public alike. One such festival is the low-key-by-comparison, Mallorca Live.

Situated just a 15-minute walk outside of Magaluf, one would be forgiven for assuming the same sense of debauchery that pervades that resort would be just as palpable here, but you couldn’t be further from the truth. Located in an abandoned water park and nestled in the shadows of the ever-impressive Serra De Tramuntana mountain range, it’s a festival still in its infancy (something reflected in its staggering low ticket prices). But while it might still be finding its feet in the scheme of things, its infrastructure feels sounder, and its ethos less cynical, than much of its UK equivalents.

Of course, you still have your big hitting headliners (this year sees Two Door Cinema Club and Jamiroquai closing each day out), as well as a smattering of familiar names from the UK and beyond (The Vaccines), but the fact that remains that even with an upscaling of the site from last year, there’s still a huge emphasis on those acts from Spain and indeed Mallorca itself. 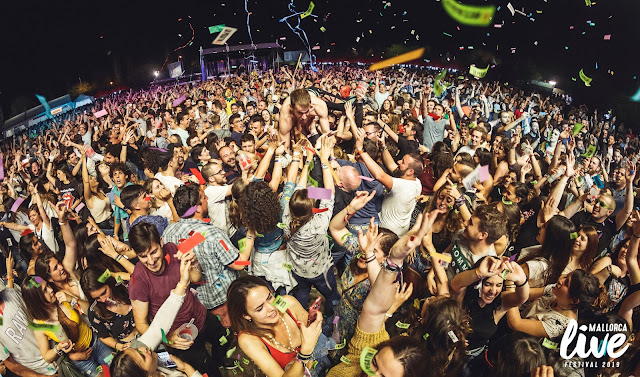 For us personally, it’s these acts that prove the most interesting of the weekend. Much like those random finds at festivals back home, it’s these lesser known, homegrown bands that leave the strongest impression.

That two bands of such quality, yet of such different styles should be the first two acts we see sets an impressive tone for the rest of the weekend. And thankfully we aren’t disappointed. Madrid’s Vetusta Morla is the first band we see on the festival’s Main Stage. Despite peddling in a distinctly Spanish brand of indie rock, it’s easy to draw comparisons to some of the UK’s arena acts such as Muse, or even at times Radiohead, and one can only assume that the reason the likes of Vetusta Morla or Sunday’s excellent Viva Suecia haven’t cracked the UK, is because the vast majority of the UK just isn’t interested in European music unless the lyrics are in English. 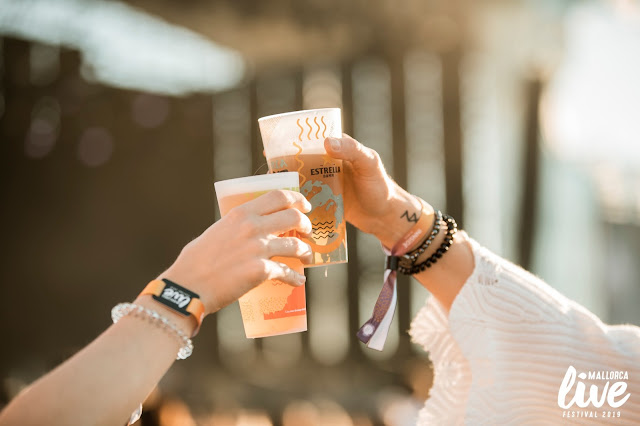 It’s also something of a double-edged sword for Mallorca Live and indeed other smaller European festivals. More interest from the British public, or indeed press, would be a huge boon for the festivals, though with such interest comes the inevitable British assumption that each festival should be lived like the last days of Caligula - an approach clearly not undertaken by many this weekend.

Of course, that doesn’t mean to say that Mallorca Live lacks atmosphere, far from it in fact.  But as the sky darkens and the Cuba Libre’s become noticeably stronger, the general atmosphere is convivial and party like, and thankfully doesn’t feel like going into battle.

That said, by the time Jamiroquai takes to the stage on Saturday night, the sun and rum have definitely taken hold. Having grown up in the 1990s, the music of Jamiroquai feels synonymous with childhood, and his 90-minute set proves just how ingrained his music is to those of us a certain generation. Churning out hits such as ‘Little L’, ‘Space Cowboy’ and ‘Canned Heat’, the warmth and good nature of the festival is really brought to the fore. 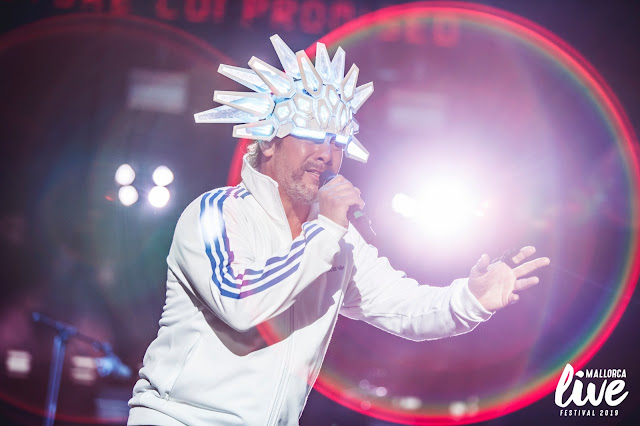 Where had this been in the UK, the likelihood of being soaked in warm lager, or accosted by MDMA casualties would have been certain, here there’s nothing but high spirits and dancing. Lots of dancing. It is, of course, a stand-out set, and one we’re not likely to forget in a hurry. But where it’s entirely likely that we could see Jamiroquai at various festivals across the UK circuit, it’s the Spanish and Mallorcan acts that really stand out from the crowd.

From the aforementioned Haus Frauen and Viva Suecia to the likes of Lava Fizz and the batshit crazy Market Noise, there really is a whole wealth of acts that are going unheard by a British audience that would fall in love with them, just as we have. They just need to forget the package holidays and book a ticket to next year’s festival first.