Posted by Fred Bambridge on May 03, 2019
Neuromantics brand new single is out today, and we've got the exclusive on their equally new video. It's got some great guitar tones in it, with the two guitar players (Daniel and Andrew) playing off one another with such ease that makes the guitar parts of the track sound like something from early Ash or Radiohead. With some emotive lyrics placed upon the masterful guitars the track is completed by some intricate drums and smooth basslines.

Speaking about the track the band say - "The song delves into the notion of breaking free from the undesirable yet omnipresent chains of apprehension which cause us to lose our sense of self, our direction, our purpose, and ultimately drive us to become invisible" 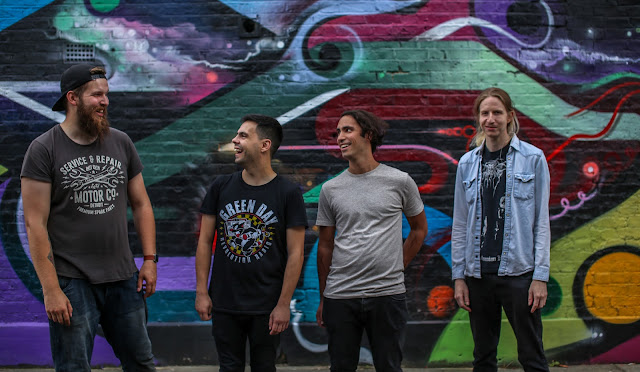 This is the London based band's second official single and sees them take it up a notch, the video is well shot with it being recorded on location in and around the city. It cuts between the faces of ordinary people from diverse backgrounds all united in their personal struggle to realise themselves through the hurdles and demands life. The band are just getting started and this is a great second single to launch their career off from, check the video out below and give them a follow on the socials, London has yet another quality rock band.