The Gulps talk about the making of 'In the Kings House' 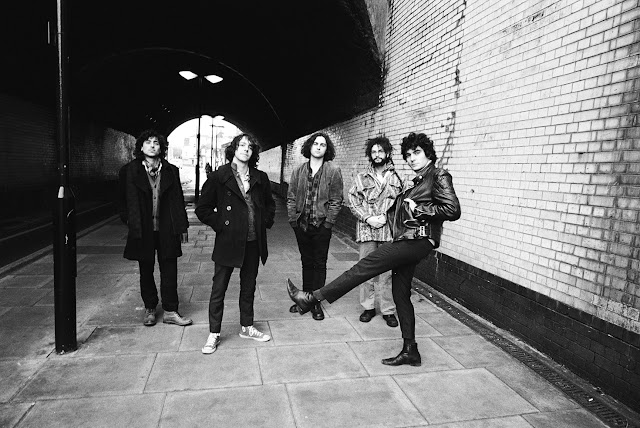 The Gulps released their EP 'In the Kings House' in April.

Recorded just outside London in natural surroundings, the band have told It's All Indie about their motivation and about the making of it. Speaking about the lyrics and sound, they said;


"Playfully reviving the original roots of rock and roll, they are a new wake up call and speak our truth, with enjoyment and optimism. Lyrically informed poetry, sharing tales from our cities and experiences. With raw energy, The Gulps are a unique take on classic alternative pop, fuelled by the drive of rock music at its best."

In terms of influences and what inspired their sound, each band member brings their own set of references to the band.

"We draw upon the inspiration of rock’s household names, such as The Strokes, Rolling Stones and The Clash, to ground their compositions. This appreciation however only acts as a foundation, paying homage to the sounds of the past, as The Gulps reignite the industry with their own dissertation on what it is to be rock’n’roll in the twenty-first century."

Having established a reputation for their poetic punk songs, they are also known for sharing tales from the cities they come from with an honest, raw energy inspired by the spirit of punk rock. The Kings House captures all these elements.

Produced by Martin 'Youth' Glover (Killing Joke) and released through his new label Youth Sounds,  the EP out and available now on vinyl and all digital platforms.