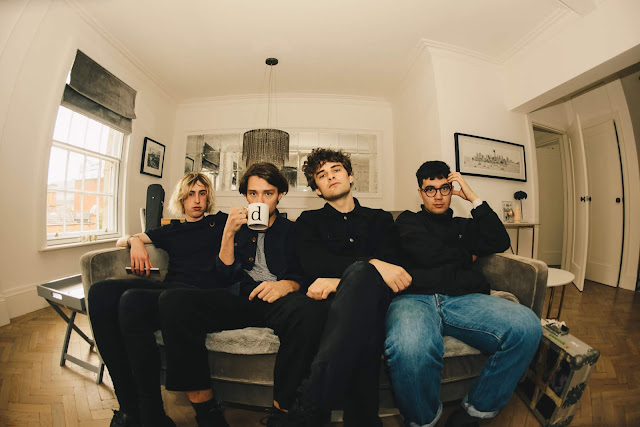 The increasingly hectic schedule of festival appearances and live commitments across the UK shows that the Welsh guitar wonders Al Moses are entering a new, exciting phase in their career.

This Saturday (6 July), they are playing at London's Macbeth of Hoxton to mark the release of their explosive new single 'Taxidermy'.

The success of their debut single 'I Want More' saw the band reach a wide UK  audience, and the raucous 'Taxidermy' looks set to solidify the quartet's position as one of the best rising guitar bands.


"Hey pigeon what's your wager? do you play like the others? Vanity of our nature makes your cheap sex ugly", snarls co-frontman Daf Thomas.

The clever combination of stomping, aggressive beats and irresistible hooks makes 'Taxidermy' the most rollicking guitar-led anthem of 2019 yet.

Speaking of the track, co-frontman Jack Vill told it's All Indie, "It's a wild and ferocious take on the insecurity of being in a band. It's always a favourite in our set and the chorus is the easiest thing to pick up for crowds."

Jack and Daf met at a house party in 2015, and after seeing The Jesus and Mary Chain play Cardiff Students Union, the band committed to their name a few days after.