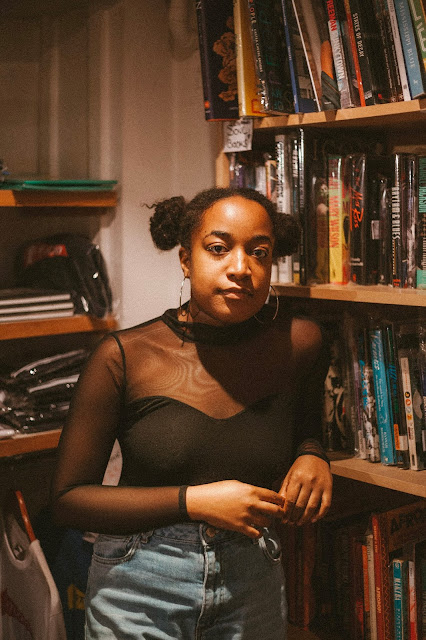 London-based songwriter Amahla has had a year to remember. Since receiving support from the MOBO Awards and PRS funding, she's had a meteoric rise in the capital.

She dropped her critically acclaimed debut EP Consider This, and found herself picking up support from BBC Radio 1Xtra, 6Music, The 405 and Complex to name a few. She's also performed at The Jazz Cafe, Camden Roundhouse and The Great Escape. It's her immense vocal, accompanied by her socially conscious lyrics that make her such an impressive musician.

The new single is an acoustic take on an earlier release of River - It's a lush, soulful piece that lyrically explores our addiction to social media. On the new single she states:
I wrote River on my basement floor before I released my first song, I was so disillusioned with what direction I wanted to go in. Sometimes you look at Instagram and get carried away with what other people are doing in their lives you forget to value what you have on your own. When I sing River it reminds me to remain grounded and trust in the process.