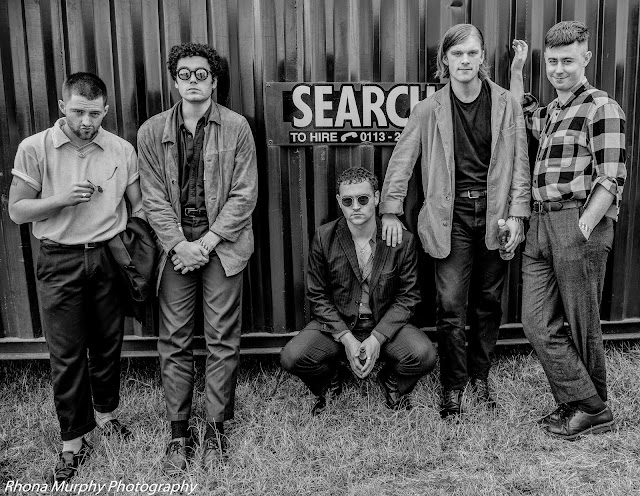 With their huge debut album 'When I Have Fears' released in August 19 and a UK tour launching in October 19 It's All Indie caught up with Dublin band The Murder Capital consisting of: James McGovern, Damien Tuit, Cathal Roper, Gabriel Paschal Blake and


Diarmuid Brennan as they came off stage at Truck Festival to talk about their stunning year and what's next. 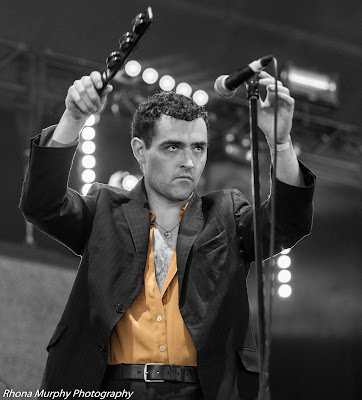 I want to ask you about your stage performance, the crowds love it.

We get so much energy off each other for so many different reasons. No matter what the emotion is that you’re feeding off. It’s such a place of focus and just pure presence and you don’t have time to think about anything else. When you get a crowd like we did today that are so completely involved as well, the whole thing, the jigsaw, comes together and you thing yeah this is why we do this. 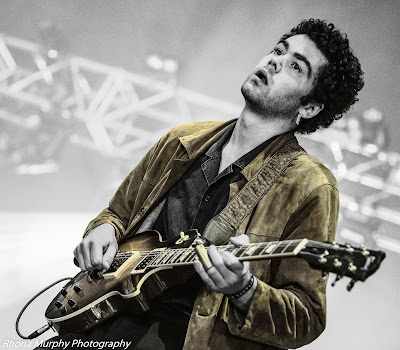 So what’s it like now that people are getting to know you and your songs. are you feeling the 2-way interaction?

Just about yeah I think we’re getting that. It’s really new to us when someone sings back and we look at each other and think how the f**k do you know the words especially tracks that haven’t even been released yet. People are singing and you think how the f**k do you know this! I like watching the ones that don’t know the words but pretend they do. 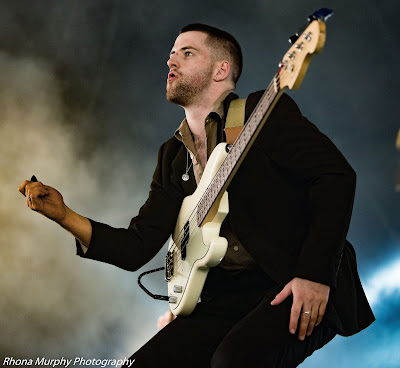 How aware are you when you’re on stage about what’s going on in the crowd?

I think it’s in the same way about being present and focused you’re very aware, hyper aware. There’s nothing quite like that feeling. It’s the same feeling as being at a show with a band you love.

Have you had a favourite festival yet?

Truck today, but they’ve all been good. Every show has been great for different reasons.

Are the shows just building and building as you go along? It seems only a few months ago that you were playing small venues and now you’ve got some kind of rhythm going.

Even though today was a big show 2 or 3 nights ago we were in Sunderland at a small venue. And also the Leicester gig was in a room with 60 people . But even though there are shows with less people, like that one in Sunderland with the least amount of people on the whole tour, the room was really dark with no lights, there was just one disco ball and it felt like a piece of theatre. We still had that moment. If we go to places that bands don’t frequent that often the passion is there.

Is that how you’re going to do the next tour?

In general we like to visit small places, it’s important to us.

Have you had any time off? You've spent most of this year on the road playing UK and European venues.

We had a week or two off but we’re really focused on what we’re doing, it’s an exciting time. Even when you’re off you’re not really when you’re so invested in it. 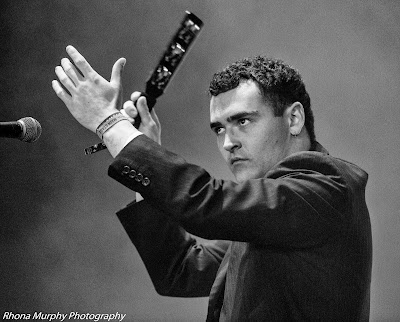 Tell me about the new album 'When I Have Fears'?

It’s great! The album name came from the Keats poem and we all shared it with each other and the name came to us after 2 songs. It serves a purpose for us. Words to live by and words to understand.

How special is it to have an album out? It’s nearly here.

We’ve wanted to do it for a long time. It’s indescribable, we're so excited to release it. It feels like it’s trapped inside your head. We wrote it in less than 6 or 7 months. 'More Is Less' is the only one written before that. One of the reasons why we set up our own record level was to give ourselves a certain amount of levy and like creative freedom in timing. We don’t want to sit down for 4 years to create the record, we want to be able to live outside this term and get back to the room and create freely without anyone telling us when and what to do. We have an amazing team around us who will give us good and healthy advice on where to go but it’s not like someone telling us the album’s coming out on this day. No-one told us anything to do, not a note or a second on the record. The album’s going to come out and whatever happens happens!  We made the album we love. We’re really lucky to have such a brilliant management team who allows us to be in that position.

What's the plan for The Murder Capital for the rest of the year?

The tour starts in October in the  UK and Europe and then it’s about getting back to writing more and having a good time. 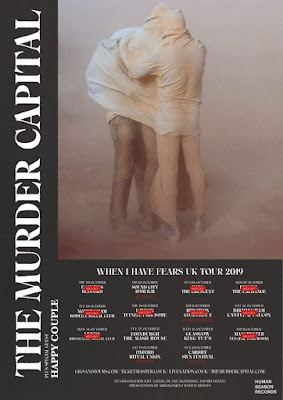 Words and photos by Rhona Murphy

Album Dublin Interview The Murder Capital Tour When I Have Fears