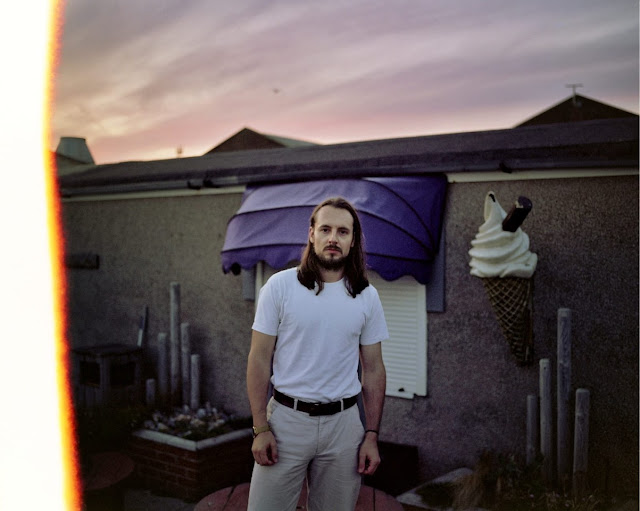 Having been raised on steady diet of Jimi Hendrix, Pink Floyd, Tame Impala and The War On Drugs, self-taught multi-instrumentalist Richard Allan aka Sleep Council is no stranger to the psychedelic sound as he returns with his latest offering ‘ ‘Serious’.

Taking more contemporary cues from the likes of Blossoms and Sundara Karma, ‘Serious’ is a self-produced indie-rock belter that sees the artist move away from his usual territory into a bold and enticing new style. Combining riff-heavy synths with a pulsing guitar-filled underbelly, this latest single acts as the perfect bedrock for Allan’s emotionally raw vocals.

Speaking about the motivation behind his new track, he said, “Lyrically this song is quite a basic lament about two people damaging each other in relationships, so in a sense it’s like any kind of ‘sad song’ really. Sonically though, it's a different story. It’s essentially a frantic outpouring of euphoria.

“When my relationship ended a few years ago, this was one of a handful of songs that came with it. In its original form it was a slow acoustic number and for a long time I liked it like that. But over the past year or two I’ve been honing a different sound, and in the midst of writing a lot of new tracks, I suddenly had this vision of how I could give this song a totally different but ultimately appropriate platform. For me it will always remain a sad song at its heart. But my music now is more a celebration of the electrifying feeling places I go to when I write and play music. This track is pretty much a platonic representation of that.

“The song had originally operated in one dimension only, kind of dwelling alone in this painful state of loss and misery; a kind of overhang from my early acoustic-led days from a few years ago, when I would let my music wallow in sadness, and I would wallow there with it. I don’t really like my music to do that anymore. Maybe I’ll wallow in sadness away from music, away from my recordings, away from the stage, but my music has to offer salvation from the gruesome feelings that lead me to write. It must help me transcend the grief and boredom of everyday life, otherwise it’s not worth releasing or even recording in the first instance. In its acoustic form this song provides me with a bit of short-lived catharsis, but it was far too tinged with unhappy feelings and for that reason was not worth revisiting very often. In its current form though, it gives me what I want: that momentary euphoric departure from the norm.”

‘Serious’ will be available on all digital platforms from the 20th September, and he is expected to release his debut EP sometime next year. Have a listen to ‘Serious’ below.