Posted by Fred Bambridge on October 21, 2019
Brandon Hargrave who's originally from London, UK, is returning to music with his exciting new project SAD LUV. You may recognise Brandon from FRANKLIN a few years ago as he played  keyboard/guitar in the band with him co-writing their smash hit "Causes" back in 2016, with him leaving the band in 2017 to peruse a solo career. His solo album under the name of Maurice Amour was released in early 2019 but since then changed his style somewhat, hence the launch of a new protect titled SAD LUV. 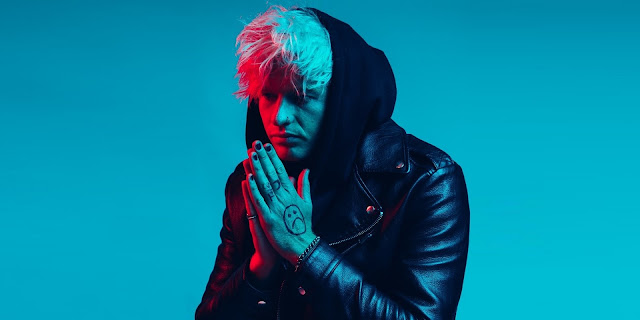 Over the years, he wrote music for both himself as well as other artists as a ghost writer, totaling over 40 million streams on Spotify to date. His latest track "Happiness" is once again proof that Brandon is a talented songwriter and can craft some delicious guitar tones

Hargrave explains - "SAD LUV is about losing someone close to you. I write a lot about that situation and about other situations that are sad, while I search for happiness."