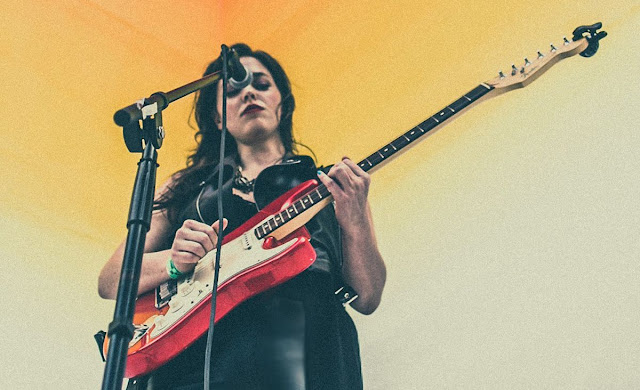 As a proficient and respected artist in New York’s thriving art community, who has been exhibited in the Honolulu Museum Of Art, the Toledo Museum Of Art, the Volta Art Fair, and Art Basai Miami Beach’s Pulse Art Fair, singer and songwriter Carrie Able recently turned her attention to music, releasing her well received debut album ‘frequency’ in 2017. Now with a wealth of live experience under her belt, she has returned with her latest single ‘Stranger’.

Described as a mix of The Doors, Patti Smith and Lou Reed, her latest offering keeps her sound as minimal as possible. With little more than a seldom-strung acoustic guitar, light drums, and her own soaring vocals, this new release cements her as a bold and empathic talent on the New York scene, adding breadth and brevity to this wistful new single.

Currently working on from second studio LP with Grammy-recognised producer AMBE, she is also planning a string of live shows to support her latest cut and subsequent full-length in the months to come.

Have a listen to ‘Stranger’ below.