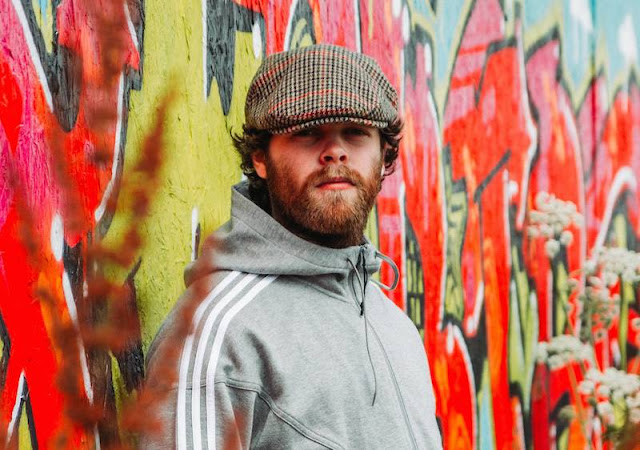 With a thriving back catalogue of passionate and emotive singles, 24-year-old singer and songwriter Frazer Lepford is no stranger to delivery bold and heart-warming tales about his personal life, as he now returns with his latest offering ‘Nobody’. Inspired by a true story of a relationship turned sour, his latest work sees him in a far more vulnerable state than we are used to. With little more than a lonely guitar and his soaring vocals over a bed of minimal pop production, the frontman channels his personal pain into a warm and uplifting serenade of overcoming woe.

Following on from the success of her debut single ‘Part Time’, which was regularly featured across many UK radio stations including BBC Introducing, BBC 6Music and Soho Radio upon its release, 21-year-old London-based singer Carmen now looks to do much of the same as she delivers her latest offering ‘Tell Me’. With strong and progressive influences from both the hip-hop and RnB scenes, her latest lofty swoon adds elements of jazz and soul to its aesthetic, making for a diverse and engaging new release.

After his first two singles ‘Heartbreak’ and ‘Risk It All’ lit up the Spotify and iTunes charts earlier this year, singer and songwriter Rico Rolando is now looking to make it three-for-three as he shares his latest croon ‘Camera Shy’. Taken from his new studio album ‘Taurus Truth’, the artist swoons and croons his way through this rich web of RnB influences, cementing him as one of the most inspiring new artists to emerge this year.

With his breakthrough debut single ‘New Money’ continuing to rein in the praise, producer Vassco now looks to continue his upward ascent as he returns with his ambitious new offering ‘1 Percent’. Teaming up with rapper Nessly and local Caribbean talent Oprehay, he looks to fully merge the worlds of RnB and trap-inspired hip-hop throughout the release, giving the single a multifaceted feel that transcends conventional genre boundaries.

With an impressive list of supporters that currently includes Lauren Laverne, Labrinth, Clint Boon and Fleetwood Mac icon Christine McVie, Manchester-born but London-based singer and songwriter JJ Rosa is quickly becoming one of the most talked about new artists of the year, as she now returns with her latest anthem ‘PANDORA’. Inviting in the soaring and electrifying sound of the classic rock era to her passionate pop-led sensibilities, ‘PANDORA’ gives us a fresh yet familiar feel that looks to continue the powerful and euphoric edge she has showcased throughout her career so far.