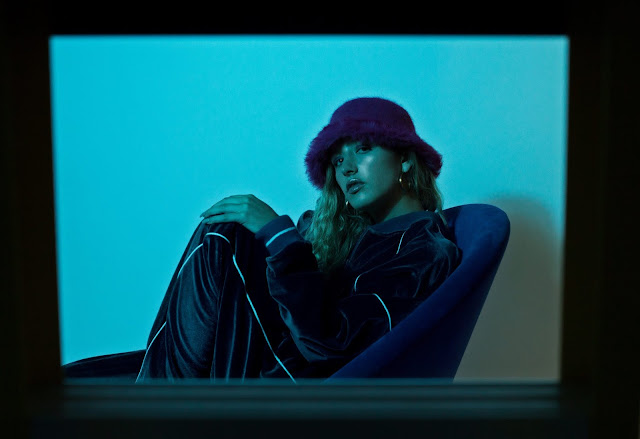 Since the release of her debut single ‘I’m Fine’ in July, British/French singer, songwriter and producer Gracie Convert has found herself garnering huge amounts of praise. With support coming in from BBC Introducing and Spotify’s playlist curators, as well as Jamie Isaac, Jerkcurb, Oscar WorldPeace, Luke Burr, Yakul, Boadi (Colors Berlin) boasting about her work, she now looks to continue that positive acclaim with the release of her latest release ‘Maybe?’

Having had a somewhat nomadic upbringing, growing up in South Africa, London and France, she has always found that music is the one constant in her life and, as a result, has returned with a progressive and cohesive new cut. Produced by her good friend SHOR, ‘Maybe?’ looks to find that happy balance between the commercial sides of RnB and Pop. With a distinct nod to the 90s RnB flavour of Destiny’s Child, her latest track offers up a sultry and sensual dose of laid-back vibes, adding more ammunition to her ever growing cannon.

Speaking about her new offering, she added, “There is so much pressure on women to look and act a certain way, we’re taught that our value lies within our physical attractiveness and our ability to fit a certain stereotype, be sweet and play along, be fun, but not say too much.”

‘Maybe?’ is available to stream and download now, and you can listen to it below.