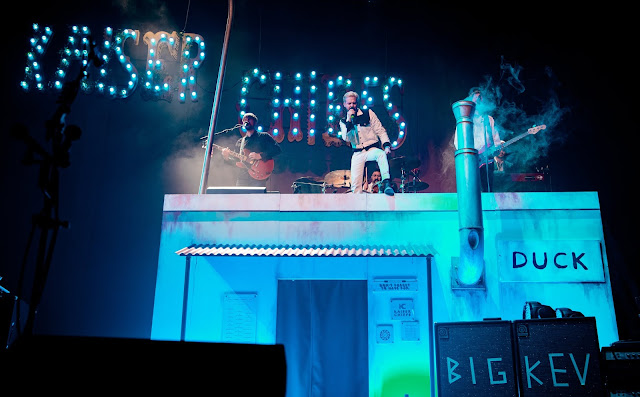 I remember tuning into Radio 1’s Breakfast Show way back in 2007 and hearing Chris Moyles chatting to Kaiser Chiefs. They were playing at the Doncaster Dome that night which had sold out in 9 minutes. Moyles’ version of ‘Ruby, Ruby, Ruby’ was re-mastered as ‘Donny, Donny, Donny’. That version stayed in my head for years! Kaiser Chiefs were the epitome of cool.

Fast forward to 2020 and the band are touring their seventh studio album ‘Duck’ with arena shows in the UK before they move onto Europe and then back to the UK where they’ve already announced a number of summer shows and festivals.  No signs of them slowing down yet then! 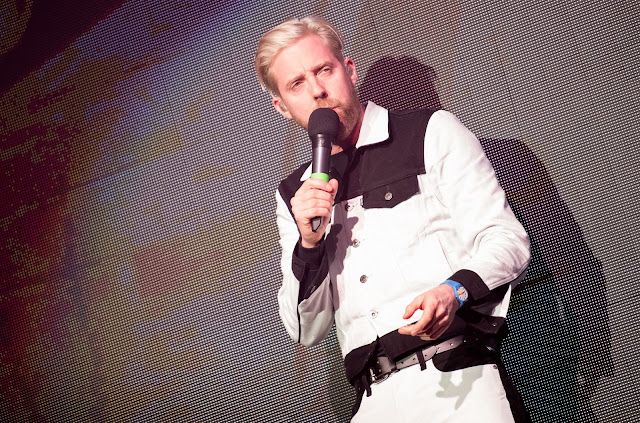 Bournemouth International Centre (BIC) is a huge venue and it was completely rammed for Kaiser Chiefs. The curtain dropped and the band launched into ‘People Know How To Love One Another’ high up from their vantage point on a set built to replicate the ‘Duck’ album cover. Ricky Wilson stays up there until song 3 ‘Na Na Na Na Naa’ when he morphed down onto the main stage. This was a sign of things to come. Wilson spent more time off the main stage than on it. Anyone who wondered why there was a lamp post at the back of the arena soon found out when Kaiser Chief’s main man popped up next to it (no idea at all how he got there!) and swung round it for a while. Yorkshire’s Wilson kept up a stream of banter with the crowd in a pseudo American accent before playing ‘Hook The Duck’ with a member of the audience. This involved a fishing game to hook a plastic duck which had a song title attached to it. This song was 2007’s ‘Heat Dies’ and with the lyric sheet stuck to the lamp post Wilson launched into the song before charging back round the arena and onto the stage.

By now we’ve already had some confetti canons launching streamers into the crowd. This was an ongoing theme and by the end of the show most people were wearing colourful bits of paper in their hair! 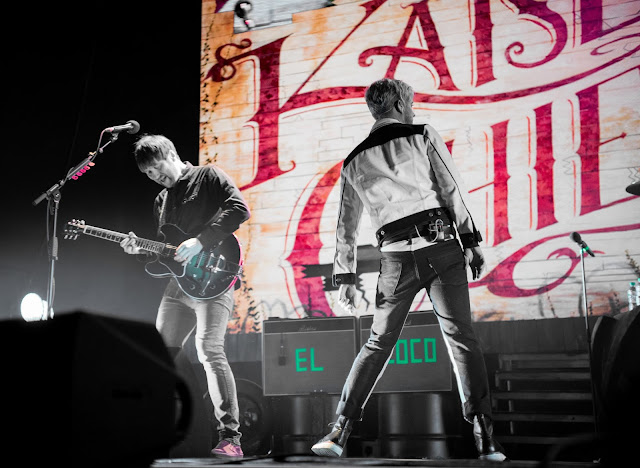 Kaiser Chiefs worked their way through an epic set list comprising 20 songs mixing new and old. It’s fair to say that the songs from the early albums ‘Employment’ and ‘Yours Truly Angry Mob’ were the songs that really worked the crowd up to one massive singalong. ‘The Angry Mob’ is still as angrily relevant now as it ever was!

Three songs for the encore finished with ‘Oh My God’. The crowd was buzzing, hot and sweaty as was Wilson!

Kaiser Chiefs are back with style. But then they never really went far away!  Still able to attract capacity crowds and fill arenas. Still with the magnetic attraction they’ve always had. Still totally relatable. Awesome show! 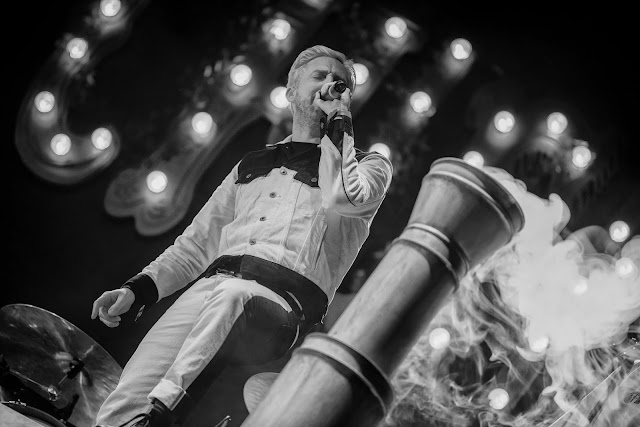 All photos by Rhona Murphy for It's All Indie